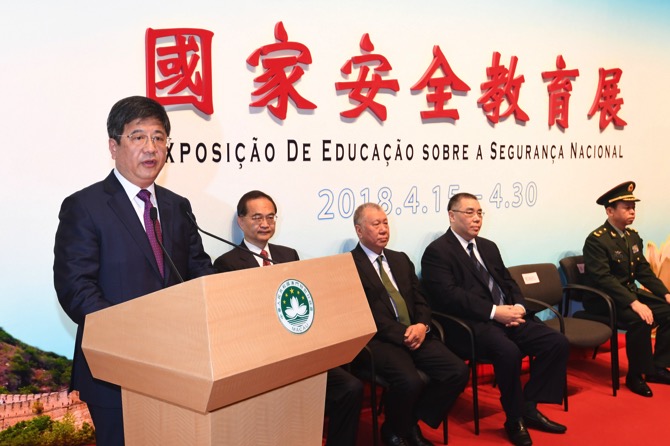 The Judiciary Police (PJ) spokesperson revealed yesterday during a press conference that the death of Zheng Xiaosong, head of the Liaison Office of the Central People’s Government in the Macau SAR, is under investigation. This is part of a “routine procedure” as stated by the local laws in all cases “where the cause of death is not immediately confirmed by the preliminary investigations,” the PJ said.

The same spokesperson also noted that the investigation procedures performed so far have revealed that the cause of death was due to a “fall from height,” noting that no evidence of crime has been found.

According to the PJ, the police were alerted by Fire Services, who had been notified about the discovery of a body on the second-floor terrace of the Hong Hon Building at the Rua de Luis Gonzaga Gomes.

At the time police arrived, the PJ said it was not possible to confirm the identity of the deceased, since no identification documents were found on the body.

Only after the preliminary investigations was it possible to confirm that the deceased was 59-year-old Zheng.

Although the PJ spokesperson did not confirm that it was a suicide as implied by the central authorities in a statement on Sunday, it seems to be one of the two theories that remain (suicide or accident), since the possibility of crime has now been ruled-out.

For the time being and according to the PJ spokesperson, the case has been technically classified as “discovery of dead body.”

Zheng replaced Wang Zhimin as head of the Liaison Office in the Macau SAR less than one year ago. His death comes just days ahead of the inauguration of the Hong Kong- Zhuhai-Macau Bridge today.