Our Desk | The power of a protest 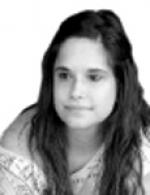 Some would say that Hong Kong was on the verge of changing forever on the evening of September 28, when Occupy Central leaders launched a long-awaited civil-disobedience movement that’s still on the streets one month on.
Regardless of what the outcome will entail, it has certainly changed Hong Kong. “The massive protests have paralyzed the streets and sparked unprecedented passion for democracy,” South China Morning Post writes.  However, a fight for genuine universal suffrage has also triggered tensions among Hong Kong’s residents, as well as between movement leaders and the government. It remains unclear where exactly it will lead.
The civil-disobedience campaign began after students were arrested at the end of a week-long school boycott. Occupy leaders were aiming to block roads in the city’s financial area, but the protest spread unexpectedly beyond their initial plans, and protestors started occupying areas in Mong Kok and Causeway Bay too.
Residents, students, and even foreigners living in Hong Kong took to the streets in a call for democracy. Those against the movement also voiced their opinions, and often clashed with pro-democracy protestors.
There’s something about protests in both SARs that I find quite interesting, something that I no longer see in Europe or any other Western nation for that matter. Protests here work; people make a point, voice a demand – usually in an orderly and peaceful manner – and in the end they get what they were aiming for. They’re effective. And effectiveness in today’s world is key.
Take Macau as an example. Last May, when a bill set to provide outgoing top government officials lavish compensations and benefits, about 20,000 people gathered outside the Legislative Assembly demanding the government withdraw the bill. Chief Executive Chui Sai On, then seeking a second term, gave in to their demands.
In Hong Kong, Joshua Wong, one of the most prominent faces of the ongoing protest, was just 14 years old when he formed a group of secondary school students called Scholarism. He was aiming to stop the Hong Kong government implementing a mainland-designed national education curriculum. 100,000 people joined the street rally he led in 2012, and the Hong Kong authorities backed off.
Disappointed with Beijing’s plan to implement limited universal suffrage in Hong Kong, where candidates would still have to be backed by the Central Government, students and other residents demanded full democracy. When a high number of people from all walks of life gather to support the same goal, it is clear that each has its own motives.
Some simply want a change; others think that democracy is a better political system; and many demand a “real election.”
Democracy: “a system of government by the whole population or all the eligible members of a state, typically through elected representatives” is just one of the meanings we might come across. But what does it mean today? Is it the best possible political system? Among those we find across the globe, it might be, some would say. But democracy in Europe, for instance, is struggling. It has failed to provide solutions to current challenges that many European countries are facing, and will continue to face for many years to come.
Regardless of what Hong Kong’s future will hold or which political system they will be able to implement, I cannot refrain from looking at the protests feeling encouraged and hopeful for a better tomorrow. The Occupy movement means Hong Kong’s alive and willing to fight for what it thinks is best. Opinions may collide, and tensions escalate, but as long as people are entitled to stand up and have a say on their own destiny, the future will only look brighter. To recall Mandela’s words, it might be a long walk to freedom.