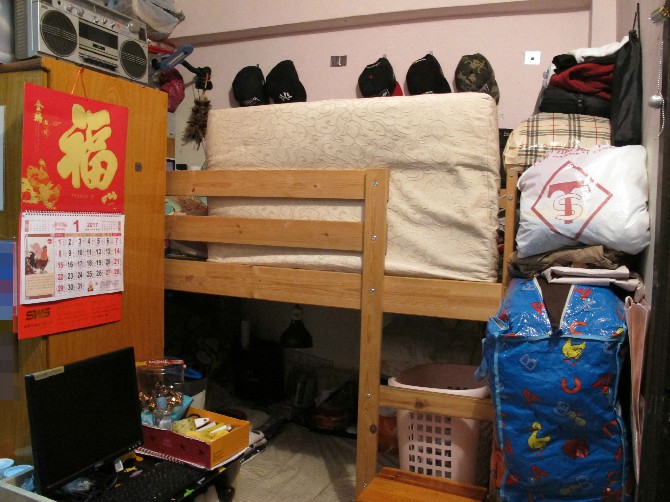 Several former employees of gaming operators are distressed at not being able to return to the city to retrieve their belongings after being made redundant while in their hometown.
These non-resident workers (TNRs) travelled back to their hometowns between February and March, agreeing to their employers’ offer to take a month of leave in exchange for half a month’s salary.
However, as the hotel and gaming industry has faced a fall in business as a result of the pandemic outbreak, these companies have fired some of their employees who had already returned to their home countries.
A significant number of migrant workers went home in February and March, aiming to take the opportunity to stay with their families for several weeks and still get paid half a month’s wages – just as the companies had guaranteed.
However, they were not expecting to lose their jobs while in their hometown.
They currently face a difficult situation, as they are still obliged to pay monthly residential rent in Macau for their belongings to be kept in their rooms.
Since the government announced strict entry restrictions forbidding blue card holders and tourists from entering the SAR from March 19, these workers are left with no option but to remain in their hometown and continue to pay for their accommodation in the city.
Due to the sensitivity of the matter, the people with whom the Times spoke declined to disclose their identities.
“They have asked us to apply for voluntary leave. We were advised that if we don’t apply for the leave, it will lead to losing our jobs,” said one.
“Sadly, the company decided to cut our visas even though we were out of Macau, which I’m very disappointed [about], but I also understand,” she added.
Several of them told the Times that when they were contacted by the human resources office of a gaming operator, it was not disclosed why they were being fired despite their contracts only being due to expire at the end of next year.
“They said they will terminate our contract even if it will not expire until May 2021. They didn’t tell us the reason that they were doing so but I guess it was due to unprofitable business,” said another, who used to work as a room attendant in one of Cotai’s hotels.
An unprecedented 15-day casino closure in Macau began on February 5, which led to a significant fall in the city’s casino industry, followed by the travel restrictions imposed by the central government on its citizens, which has made it nearly impossible for Chinese visitors to enter the region.
Meanwhile, the difficulty of the situation also persists for sub-tenancy landlords as the former non-resident workers have been unable to receive their salaries, suggesting that the main tenant would have to pay rent first on latter’s behalf.
“All the belongings are still stuck in Macau, even our salaries. There is no other way we could get it. We still need to pay for the rent. Either we pay the monthly rent or they will [dispose of] all our belongings,” said a Nepalese worker who used to work as a casino service bartender.
According to the recently-fired worker, he has contacted his company’s human resources office to ask whether they could assist in transferring his wages to his bank account in Nepal, yet was told that they could not assist him with such a situation.
The worker pays 1,800 patacas for a room, which means that he currently owes his landlord 5,400 patacas for three months’ accommodation – an amount that will continually increase until travel restrictions are lifted.
The earlier quoted blue-card holder who used to work as a room attendant does not face the same situation in terms of rental concerns as her friend has helped retrieve her things. Still, her possessions occupy a small compact room, which is the normal living quarters for migrant workers in the city.
“I have an arrangement with my employer regarding my things in the locker. They will wait for me to collect them and surrender the items that belong to the company,” she said.
Another employee, who is currently employed, yet is stranded in the Philippines, said that he also continues to pay his rent with the monthly allowance given by the company.
The worker, employed in the food and beverage department, explained to the Times that the allowance pertains to 15 days of paid work in a month.
“My things are still there so I need to continue to pay the rent. Since I’m still employed, I’ll just wait for Macau to lift its entry restrictions for blue-card holders,” he said.
Other former workers, stranded in Thailand, Indonesia, Philippines and Nepal, are just hoping for flights to resume, and for the city to ease entry restrictions so they are able to look for jobs again in the city. 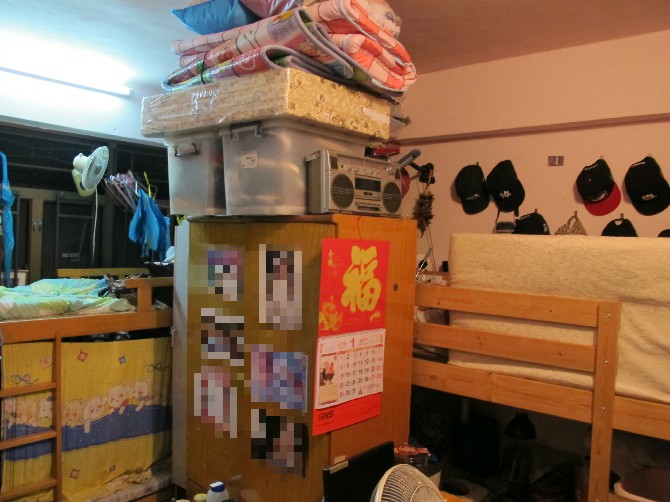 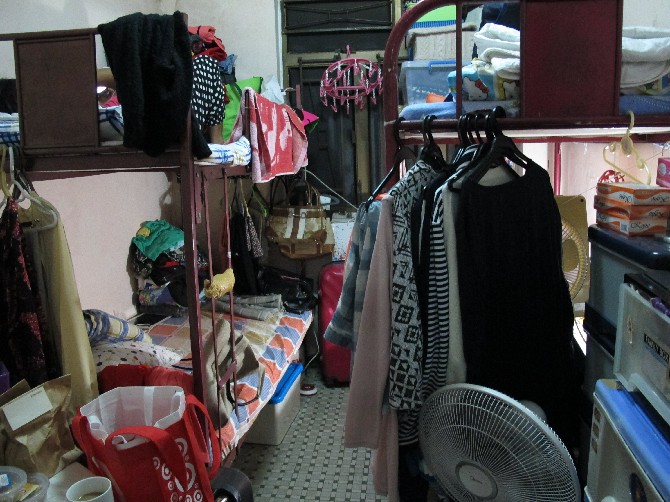