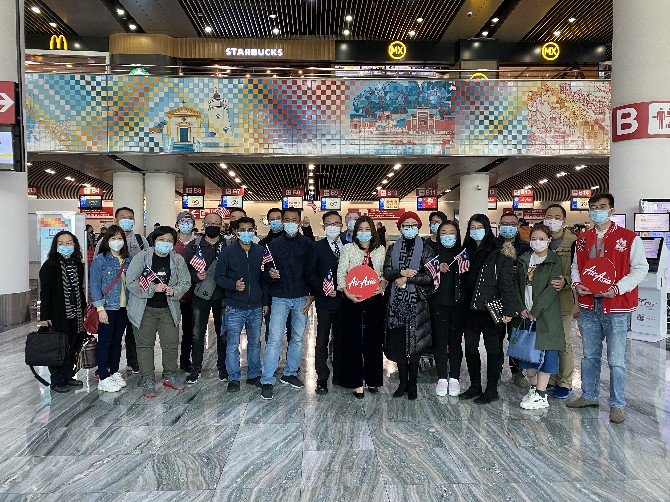 Some 58 people took two special chartered flights operated by AirAsia yesterday to return to homes in either Macau or Malaysia amid travel restrictions and a lack of air transport during the pandemic.
The low-cost carrier first sent an aircraft from Kuala Lumpur to Macau, taking three Macau residents back home. Currently, non-Macau residents who have been out of Greater China in the last three weeks are barred from entering the city.
Landing in Macau marked the aircraft’s primary mission, in which 50 Malaysian nationals, plus five other passengers of undisclosed nationalities who were seeking to transit through the Malaysian capital, were taken home.
A statement issued by AirAsia explained that the special international charter flights were facilitated by the Consulate General of Malaysia in Hong Kong and Macau , in efforts to repatriate Malaysian citizens in the city.
The airline highlighted the importance of the repatriation flights, which provided people in both territories the opportunity to return home to be reunited with their families ahead of the Lunar New Year.
Celia Lao, CEO of AirAsia Hong Kong & Macau, said, “We are honored with the trust from the Consulate General of Malaysia for this special arrangement to take place during these unprecedented times.”
Meanwhile, the Consul General of Malaysia in Hong Kong & Macau, Yap Wei Sin​, commented, “I am delighted that 50 Malaysians in Macau, who have found it challenging to return to Malaysia because of travel and flight restrictions, could do so with this special flight.”
Since Covid-19 became a global pandemic, travel restrictions have been tightened in many territories. For example, both jurisdictions of Malaysia and Macau are barring entry to foreign nationals.
Currently, the Indonesian and the Philippines Consulates are also working on their next repatriation flights to bring home their stranded residents from the city.