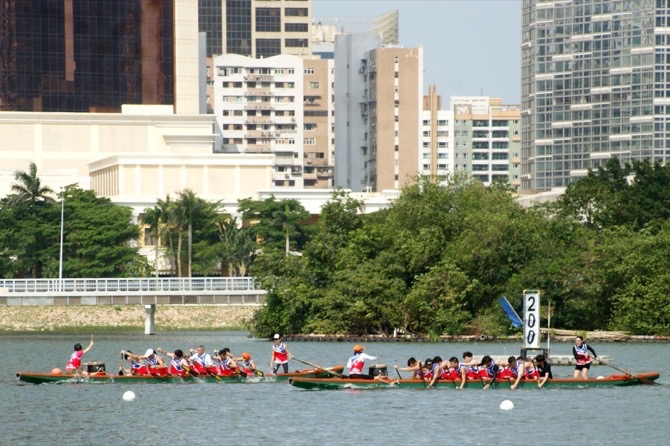 An old tradition to mark the Tuen Ng Festival in the early summer, athletes in Macau are once again gearing up for the Macao International Dragon Boat Races competition, which kicks off with locals-only races tomorrow and Sunday.

According to those familiar with the matter, dragon boat racing is one competitive sport in which local athletes are considered rather competent. Teams from Macau have competed in both regional and global races, including those held in Korea, Canada, Hong Kong and mainland China. The Macau, China dragon boat team participated in the Asian Games held in Guangzhou in 2010.

And yet, few among Macau’s youth show interest in this ancient sport, which traces its origins 2,500 years ago to southern-
central China.

Even though the history behind the Tuen Ng Festival is taught to young children at Macau schools, it seems that dragon boating – either the races or the sport – has not received as much attention as other sports. It isn’t part of the Olympics, its World Cup is not widely covered on television (even in this part of the world), and only the 2010 and 2018 versions of the Asian Games had dragon boat competitions.

For Ubaldino Couto, lecturer of festivals and events at the Institute for Tourism Studies, the problem lies in part with the high demands on equipment and locations needed for dragon boat activities, compared with other sports.

“Most sports are easier to follow and participate in [than dragon boat activities],” said Couto. “People are less involved in dragon boat races because of its high demands.” 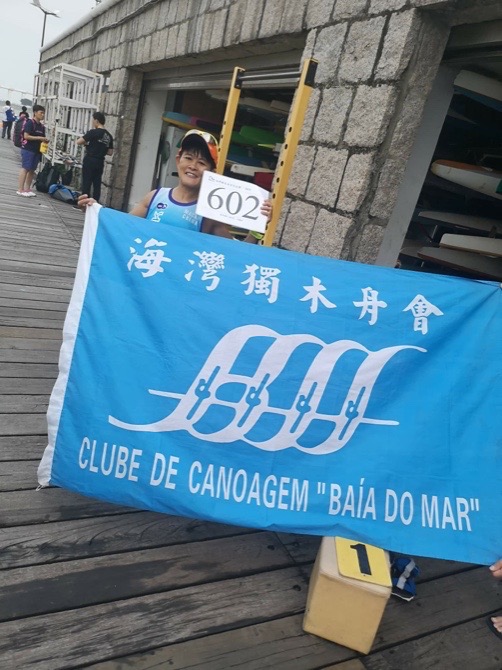 Two dragon boat racers interviewed by the Times this week said that, in their experience, teenagers with an initial interest in the sport have it quashed by the wide array of alternative entertainment on offer in the modern age. They agreed that it was proving difficult to retain young athletes.

“Young athletes today usually head to their smartphones right after practice,” said Racy Leong, a 20-year veteran with the Baía do Mar Canoe Club, which was one of the first local dragon boat clubs. That’s the case for those that show up to practice, Leong added. “Many think it’s better to play video games at home [instead], where it is air-conditioned.”

Stephen Lo, who also boasts two decades in the sport and currently overlooks the dragon boat division of Ngou Cheong Sport Association, said: “Young dragon boat athletes are very fortunate to have a lot of choices. [But], on the bad side, [all of this choice] is disturbing their clear minds.”

Recruiting young talent is one thing, but retaining it is an entirely different challenge. Leong explained that in some cases, some talented intermediate-level athletes seeking further development have decided they cannot sacrifice time to train newcomers, and so they leave for other teams.

This talent drain effect occurs not only within dragon boat activities, but also to other sports, which compete with each other to attract sport-minded youth.

“It is hard to retain talent as local sport lovers are usually interested in several types of sport simultaneously,” said Lo.

Another difficulty, which is also faced by other sports, is that athletes have to strike a balance between their personal and sporting lives. Both Leong and Lo said that some young athletes have dropped out of the sport, as they couldn’t balance it with their studies.

A REASON TO DIVE IN

There are exceptions, however, and both dragon boat teams have found young athletes capable of striking the balance. The youngest athlete in the dragon boat team of Ngou Cheong is 17 years old, while Baía do Mar has team members as young as 12 years of age.

As for talent acquisition, the most commonly used “marketing strategy” is word of mouth. Both Lo and Leong said the majority of athletes at their clubs were “brought into the team by friends.” Some were brought in by their parents, but usually these athletes would not stay long, Leong said.

In order for this sport to flourish, Couto thinks that the younger generations should be shown that dragon boating “isn’t something boring or for the older generation, but something which is ‘cool’ and ensures the continuity of our heritage.”

Ar B Chiang, an athlete with Ngou Cheong, echoed Couto’s comment, as he first started playing the sport because he thought it was cool and would make him look cool.

Phoebe Leong of Baía do Mar, said she started playing more than 10 years ago as she “just ended a romantic relationship and needed something productive to divert my attention.”

Lo said that dragon boat teams can generate interest in the sport by partnering with other organizations and schools to get the word out.

The only problem is that the pool for sponsorship is small in Macau. First, there are not many private companies that are willing to sponsor sports teams, and many of those that do have the resources have already established their own teams.

Couto has been following an Instagram account featuring local dragon boat teams for some time, and suggests social media might be one way to encourage the youth.

“It is important to interact with youth – who see Instagram as the current and trendy social media platform – through online media so that they learn more about the festival,” said Couto. “That celebrates sportsmanship and the traditional Chinese sport.” Staff reporter