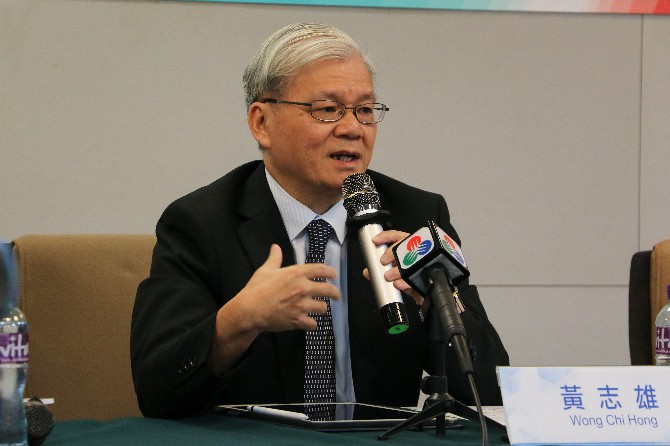 The Labour Affairs Bureau (DSAL) claims to have resolved a case of alleged staff dismissal involving about 20 non-resident workers employed by the operator of a sauna and nightclub located inside Hotel Fortuna. The bureau said that after discussing the matter with the company and its employees, it has now been agreed that there are no dismissals.
The controversial case unearthed by the Times has become one of the first reported examples of layoffs connected to the 15-day closure of gambling venues.
Last week, several workers reported that they were issued a letter in Chinese – a language that they cannot read – and told it said that they accepted the terms of the two-month leave of absence from work. Reviewed by the Times, the letter in fact acknowledges the termination of the worker and states that they have already received all due compensation.
The DSAL said on Saturday that it has “already contacted the workers and the employer representatives to follow up” on the case.
In a statement issued by the government, the DSAL noted that the incident “is mainly related to the work arrangement issues caused by the temporary closure of the relevant business premises.”
“After the coordination [from DSAL], both parties have a clear knowledge that there are no dismissals. The employer representatives agree to protect the labor rights and interests of their workers according to the law, and coordinate with their workers about the work arrangements during the closure period.”
At least one of the workers involved in the case told the Times yesterday that the report from the DSAL is inconsistent with the employee’s experience
The former staff member said, “I have no knowledge of [this mediation] and, as I told you earlier, everything still stands the same.”
“The Labour Affairs Bureau did not contact me or any of my colleagues that I know of,” added the source who has requested anonymity, remarking that many of those involved in the case have already left Macau.
The employee said that no agreement with the employer had been reached and that nobody from the DSAL was ever involved in the negotiations. Instead, the employees were told by company personnel that they would have to accept the dismissal.
“I was forced to sign that letter. The manager told me if I don’t sign and take that money the company is going to close, and I won’t be able to find any of the bosses to [even] collect my salary [from January].”
The Times tried to reach other sources that had previously contributed to this case but it was not possible to reach them yesterday.
The DSAL statement did not address the questions addressed to the department by the Times last week.
The Bureau said that despite the general closure of most public entities, it has arranged staff to be on duty during this period. It has called on members of the public that have any enquires on labor rights and interests, or any urgent complaints, to call to the emergency hotline 6288 6091 between 9 a.m. and 6 p.m., promising to assist in a timely manner.