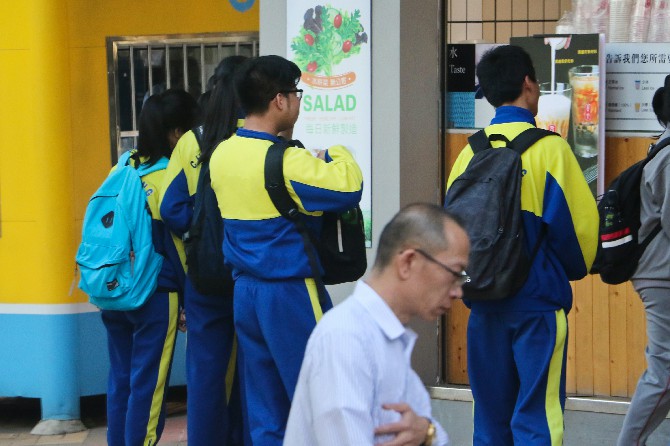 At the final public consultation session for the Non-tertiary Education Mid- to Long-term Planning (2021-2030), Lou Pak Sang, Director of the Education and Youth Affairs Bureau (DSEJ), evaded a secondary school student’s question on Cantonese education.
The secondary school student expressed the patriotism education in Macau, but thought the curriculum relating to family concepts and local culture was insufficient.
The plans stipulates four foci he reminded, including nurturing national affection and international perspectives. In this respect, he believes enough work has been done by the education regulator.
However, the student pointed out that many secondary school students have a weak recognition of their local identity and lack knowledge about preserving local culture and history.
In addition, he noticed that the consultation text placed an emphasis on Mandarin and Portuguese, but remarked that many local students cannot even communicate fluently in Cantonese.
He recommended the DSEJ improve its work in these areas.
When Lou responded, he agreed that local students may not have sufficient knowledge about Macau. He added that adults may not have this either. However, he did not respond to the suggestions about promoting Cantonese and improving recognition of local identity.
The student also suggested the education regulator improve civil education, which, in his opinion, can encourage students to be aware of social issues.

No timetable for technical education regulations
On the sidelines of the consultation session, Lou was asked if the new vocational and technical education regulations will be implemented in the foreseeable future.
Lou revealed that the government has no timetable for the implementation of the new regulations. However, he stressed that a draft of the regulations has been made, while promising to increase the pace of the implementation.
Indeed, the regulations were put into public consultation in June 2018 for a month. No update has since been heard from the administration. The current Vocational and Technical Education Directive in action was promulgated in 1996.
Lou explained that the drafting of the regulations had to go through several departments, such as the legal advisor of the Secretary for Social Affairs and Culture and the Legal Affairs Bureau.
He sees the regulations as unlikely to be implemented this year. He also hopes to work more closely with private enterprises on the regulations being discussed.