Eco water bottles too small for police use, say officers 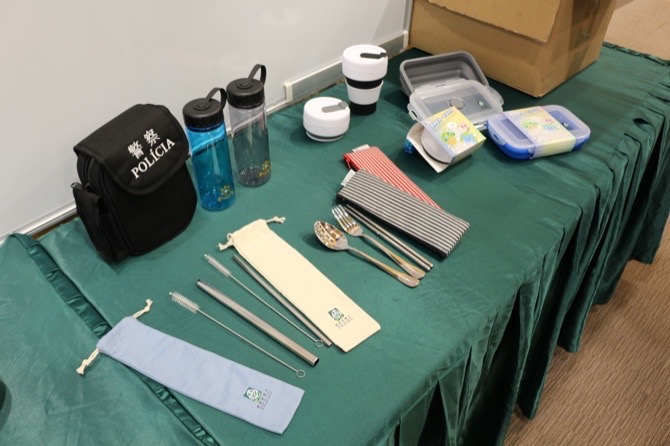 Environmentally-friendly equipment distributed to the PSP, including the reusable water bottles that officers say are too small

There are several reasons that the reusable water bottle distributed by the Environmental Protection Bureau (DSPA) has proved unpopular among Public Security Police Force (PSP) officers, but the main reason is that it is too small, concluded some officers in conversation with the Times.

The environmental campaign was initiated in April with the aim of reducing the consumption of single-use plastics used in shop-
bought water bottles.

At the time, the DSPA distributed reusable drinking bottles to police officers of the PSP, saying that the items would become part of the daily gear of all police officers.

However, the water bottles have proved unpopular in the force, according to some officers, speaking off the record. The police officers were asked about some of their colleagues having been spotted drinking from bottled water instead of from the reusable bottles.

According to these officers, the police in Macau are generally willing to carry one extra bottle, but the capacity of the bottle is a little too small, especially for those who working in outdoor conditions under the sun.

Some officers were spotted carrying their own reusable bottles yesterday, “because they’re bigger and can take more water.”

Another problem with the policy concerns the water dispenser placement around the city, which is lacking in several areas frequented by PSP officers.

“There is nowhere to refill our water bottles,” said a police officer. “Many of these dispensers are placed in sport facilities, right?”

According to the “Water Refilling Map” available on the DSPA website, there are a total of 129 water refilling points across the territory.

The police officers were aware of the map, but they didn’t think there was sufficient water dispensing facilities.

As shown on the map, the locations of dispensing units are not evenly distributed. For example, there are only two dispensers in the NAPE area, but six across four blocks near the Macau Polytechnic Institute. Meanwhile, an area within a considerable radius of the Camões Garden has none.

Requiring a police officer to move too far away from their work post for water is permitted, according to the officers, but not convenient. An officer said, “we can buy bottled water and refill our bottles, but that doesn’t make sense in terms of environmental protection.”

The officers also said that the DSPA had not thoroughly explained to the police the exact specification of these bottles, such as whether they could take warm or even hot liquid. Staff reporter