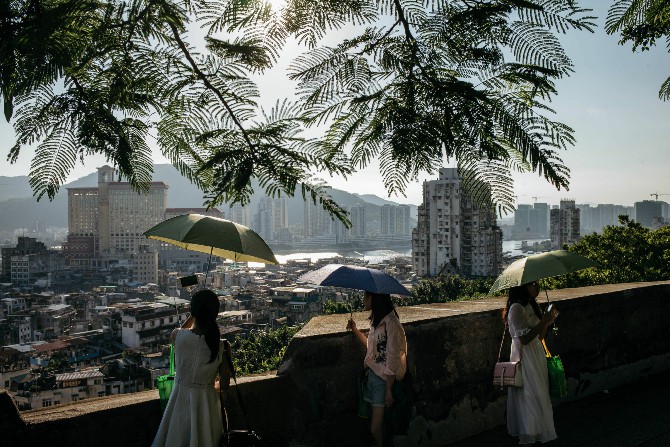 The pandemic outbreak has ushered in an economic crisis in the city, causing a gross domestic product (GDP) decline of 56.3%, of which the gross domestic product amounted to MOP194.4 billion patacas.
The downturn was in line with the forecast of Secretary for Economy and Finance Lei Wai Nong, who predicted during his Legislative Assembly (AL) plenary meeting in November that the estimates on GDP for this year suggest that it may decrease by approximately 56.8%, “a shrinking rate of over 50%.”
Previously, during the height of the sluggish economy due to the outbreak, the government forecast that Macau’s GDP would fall by 60.9% this year.
In 2020, the domestic demand shrank by 10.3% year-on-year; while gross fixed capital formation fell by 15.1%, resulting from a decline in private construction investment.
Private consumption decreased by 16.3% year-on-year as residents went out less and made fewer trips abroad amid the pandemic and uncertain economic outlook.
Th GDP decline was, however, lower than the forecast of economist Albano Martin, who believed that the year-to-year GDP real decrease would be between 61% to 64%.
“In the future, I think that the first quarter of 2021 may see a decrease because of the ‘strong’ [GDP in] January and […] February of 2020. But in the next quarters, the growth will almost duplicate,” Martins previously told the Times, yet adding that the city may see a two-digit growth next year.
Another economist, José Luís de Sales Marques, also previously said that “Macau would not have a V-shaped recovery,” as the Chinese outbound tourism market, despite its strong recovery speed, is behaving cautiously towards Macau.
Meanwhile, in response to the pandemic, the SAR government has scaled up the procurement of protective gear and medical supplies, rented hotels to be used as quarantine facilities and introduced economic relief measures, which drove up government final consumption expenditure by 11.4%.
With respect to external demand, visitor arrivals to Macau dropped by 85.0% due to travel restrictions imposed on different places; hence, exports of services slid by 74.9% year-on-year, with exports of gaming services and other tourism services falling by 80.4% and 73.4% respectively. On the other hand, the export of goods soared by 128.9%.
GDP contracted by 45.9% year-on-year in real terms in the fourth quarter of 2020, a lesser decline than in the preceding quarter (-63.8%).