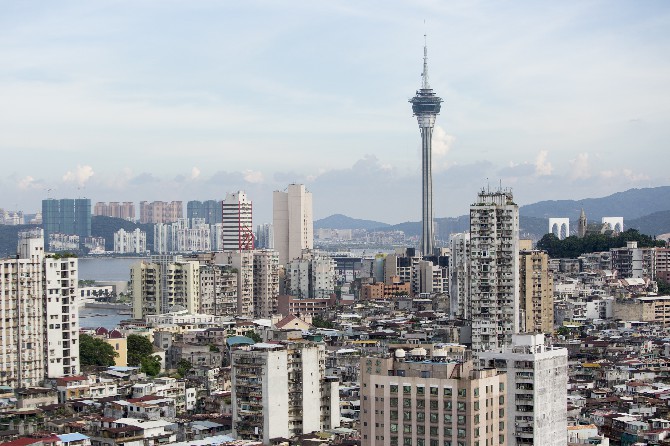 Gross domestic product (GDP) for the entirety of 2020 is expected to temporarily shrink by over 50%, according to Secretary for Economy and Finance Lei Wai Nong.
During Friday’s Legislative Assembly (AL) plenary meeting, the Secretary stated that the advance estimates on GDP for this year suggest that it may decrease by approximately 56.8%, “a shrinking rate of over 50%.”
According to data released by the Statistics and Census Service (DSEC), GDP has dropped by 48.7%, 67.8%, and 63.8% year-on-year in the first, second and third quarters respectively.
Previously, the government forecast that Macau’s GDP would fall by 60.9% this year.
Regarding the different predictions, Lei stated that Macau’s short-term economic outlook is subject to uncertainties and the government will continue to monitor the situation and make adjustments according to the estimated GDP.
In response to the sluggish economy, the Macau SAR government has invested its hope largely on mainland tourists and domestic demand, which the Secretary admitted is currently Macau’s major economic driving force.
“Basically, our economy is supported by domestic demand, which represents approximately 66% [of GDP currently],” Lei remarked while reiterating that the SAR government is strengthening public investment and stabilizing employment.
Economist Albano Martin previously told the Times that he expected to see a two-digit growth in GDP during 2021.
With the resumption of travel endorsements for mainland residents to travel to Macau, visitor arrivals leapt to 750,204 in the third quarter of this year, still representing a decline of 92.4% year-on-year, despite a 1,408.6% jump quarter-to-quarter. Visitor arrivals of the first three quarters decreased 86.7%.
Although the number has not met the government’s estimations, Lei believes that Macau’s economic recovery has already hit a turning point.
Yet the official noted that the city’s jobs are also at risk. DSEC’s statistics show that the general unemployment rate and the unemployment rate of local residents held steady at 2.9% and 4.1%, respectively between August and October. Employees from the gaming and retail sector are the majority among those unemployed.
Meanwhile, as the SAR government has maintained its expenditure on preventing the Covid-19 pandemic in the region and continued providing economic relief measures, the government’s final consumption expenditure recorded a larger increase of 18.6% compared to the 16.3% growth in the previous quarter. Net purchases of goods and services rose by 33.9% while compensation of employees went up by 2.7%.