Economy | Macau, HK cut base rate for first time since 2008 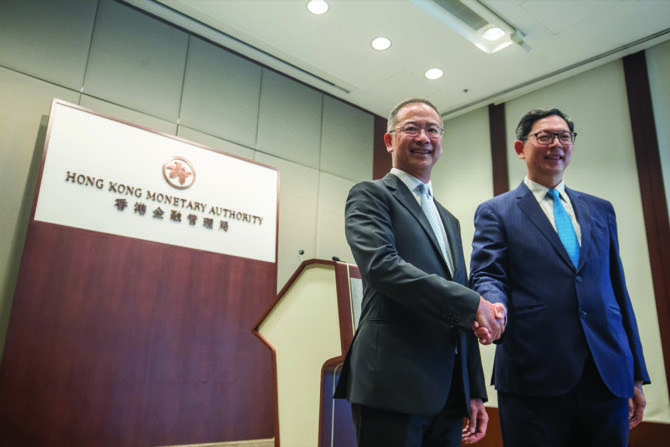 The Hong Kong Monetary Authority (HKMA) cut its benchmark interest rate in line with the U.S. Federal Reserve, an automatic response that’s unlikely to lend much support to the city’s sagging economy.

The HKMA yesterday lowered its base rate to 2.5% from 2.75%, in step with the Fed’s quarter point move according to a “pre-set formula”, the monetary authority said in a statement. As the Hong Kong dollar is pegged to the greenback, the city essentially imports U.S. monetary policy, though local banks aren’t obliged to follow with lower retail costs.

An identical decision from the Monetary Authority of Macau (AMCM) followed, lowering the base rate 25 basis points to 2.5%.

As the pataca is linked to the Hong Kong dollar, the movements of policy rates in Hong Kong and Macau should be consistent in order to maintain the effective operation of the linked exchange rate system, the AMCM noted in a statement published yesterday.

The first base rate reduction in more than a decade comes as Hong Kong is facing the economic downdraft from slowing global trade, China’s weakening expansion and political turmoil at home. Gross domestic product contracted 0.3% from the previous quarter, while growth on a year-ago basis remained at 0.6%, according to data released on Wednesday.

“It should help boost growth and financial sector activities after second-quarter’s weak print,” said Jeff Ng, Asia chief economist for Continuum Economics in Singapore. “However a small cut is unlikely to move the economy much. Hong Kong will have to rely on more Fed cuts for stronger support on the economy.”

The cut in isolation probably won’t push banks to lower prime rates, but if the U.S. Fed cuts more, there is a stronger chance local banks will do so, he said.

The HKMA is now in a transitional period, with chief executive Norman Chan set to be replaced in October by his long-time deputy Eddie Yue, who will have to face risks ranging from a resurgent property market to intermittent sniping against the city’s currency peg.

The base rate reduction also doesn’t help Hong Kong in dealing with its inflated property market, among the world’s most expensive.

“The base rate has no effect on banks’ liquidity, which remains very abundant,” said Stephen Chiu, a strategist at Bloomberg Intelligence in Hong Kong. “It’s very unlikely for Hong Kong banks to cut their prime rates given the city’s high property prices and strong housing demand.” DB/Bloomberg