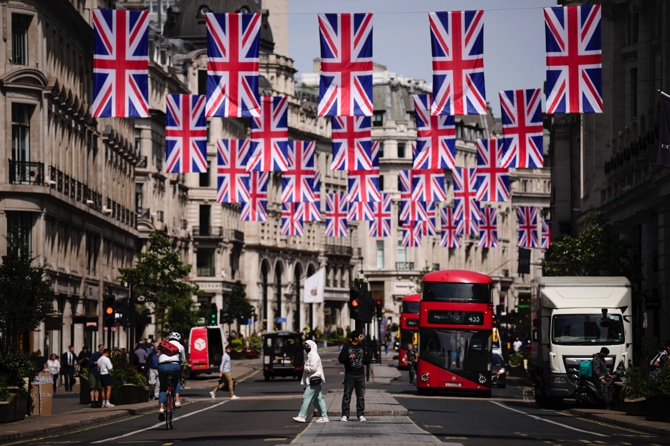 Britain’s economy showed unexpectedly strong growth in May, with the three major components of production— manufacturing, construction and services — all posting gains.

The Office for National Statistics said yesterday that gross domestic product expanded 0.5% in the month, compared with economic forecasts of about 0.1%. GDP declined 0.2% in April.

But the Confederation of British Industries cautioned that the figures can be volatile. The May data was skewed by the celebrations marking Queen Elizabeth II’s 70 years on the throne, including an extra public holiday.

“This noise will continue to obscure the true state of the economy over the next few months,” Ben Jones, the CBI’s lead economist, said in a statement. “In reality, CBI surveys and real-time data point to subdued economic momentum.”

Britain’s sluggish economic growth has become a central issue in the contest to become the country’s next prime minister, with all of the candidates pledging to cut taxes to spur investment by business owners. Eight candidates are vying to replace Prime Minister Boris Johnson, who announced his resignation last week following a series of scandals that undermined his credibility.

In one sign of the headwinds facing the economy, the statistics office said output from consumer-oriented businesses fell 0.1% in May as rising prices strained household budgets. The Consumer Price Index rose 9.1% in May, the biggest jump in 40 years.

Overall, the service sector expanded 0.4% in the month, the statistics office said. The increase was driven by health care as people booked more appointments with general practitioners following the easing of COVID-19 restrictions.

Output by manufacturers and other production industries increased 0.9% in May, and construction jumped 1.5%. MDT/AP