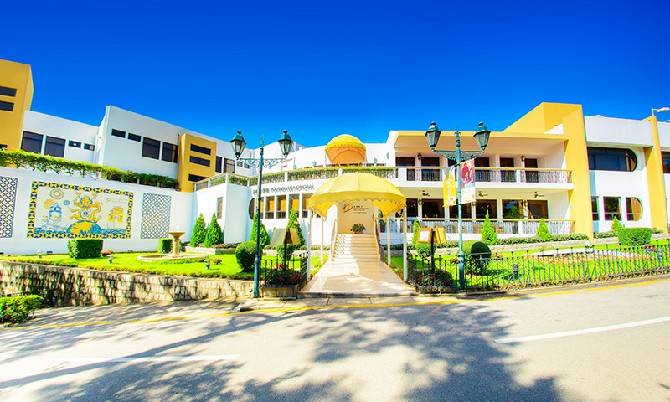 The Macao Institute for Tourism Studies (IFTM) has achieved strong results in this year’s QS (Quacquarelli Symonds) World University Rankings.
The updated rankings for 2021 were published yesterday, with the local tourist and hospitality studies university achieving its best result ever. Among higher education institutions in hospitality and leisure management, it is considered the 14th best worldwide and the 2nd best in Asia.
This was the highest position achieved by the IFTM since the rating service began covering this field of study in 2017.
Publisher QS Quacquarelli Symonds Ltd considered a total of 1,636 institutions around the world as part of the hospitality and leisure management ranking.
Last year, IFTM placed 33rd in the subject.
The QS World University Rankings compiles a list of more than 1,000 of the world’s top tertiary education institutions based on several criteria. The rankings according to subject have been released since 2011 and consider the university’s academic reputation, reputation among employers, citations per academic paper, and H-index, a measure of the productivity and impact of the work published by each institution’s team of scholars and researchers.
The rankings by subject are a tool to help students and their families identify the top tertiary education institutions worldwide or by region in each field of study.
In the global ranking of higher education institutions, Macau is represented by the University of Macau (UM) in 367th place, and the Macau University of Science and Technology (MUST), which placed between 701st and 750th place in the world rankings.
This is the first time that MUST has been listed in the rankings, while UM jumped some 20 positions from last year.
The publisher noted that UM’s “very high” research output, as well as the significant number of international students and good ratio between faculty and students had contributed to UM’s strong results.
The world ranking is led by the Massachusetts Institute of Technology (MIT) in first place, followed by Stanford University, Harvard University and California Institute of Technology (Caltech) – all U.S. institutions.
In fifth position, the U.K.’s University of Oxford appears as the first non-American institution on the list.
In the Asian ranking, the best-ranked university is the National University of Singapore, followed closely by Beijing’s Tsinghua University and Singapore’s Nanyang Technological University.