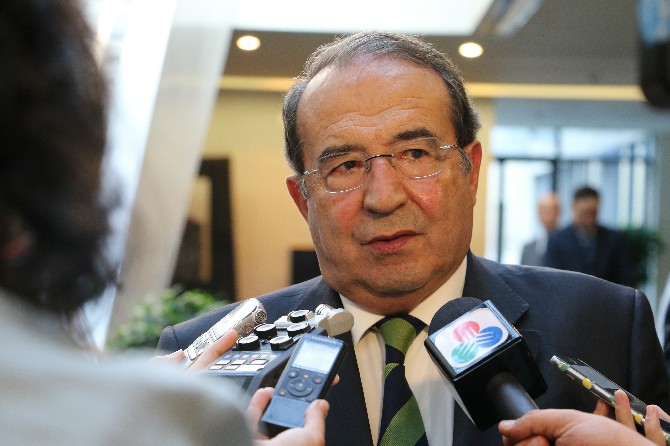 Following Friday’s announcement that a total of 21 aspiring candidates from six groups are ineligible to participate in the Legislative Assembly (AL) elections, the candidates, groups, and several noteworthy people from the community expressed their disagreement with the Legislative Assembly Electoral Affairs Commission’s (CAEAL) decision.
One of the most prominent opinions was by Macau’s veteran and top lawyer, Jorge Neto Valente, who admitted to being shocked with CAEAL’s decision and the arguments used to exclude the numerous candidates.
For Neto Valente, the decision of the CAEAL aims to defeat the candidates before the public can express its opinions of them at the polls, a fact that he believes to be contrary to the Basic Law that CAEAL based its decision upon.
“It is a way to defeat the candidates that wish to submit themselves to the people’s suffrage. It is to defeat them in the secretariat [administrative procedure] and this is not freedom. The Basic Law is very clear, as is China’s Constitution when both state that, in Macau, there is freedom of expression,” Neto Valente said in a phone interview to TDM.
“I am shocked because I know some of the disqualified [candidates]. I always follow what they say and some of them have been legislators and for decades have been contributing to Macau,” the lawyer said. “I am very concerned when it is stated that they are not loyal and do not love Macau. The fact that they have different ideas and opinions from some of the authorities does not mean that they do not have the right to have them. When the Basic Law states that there is freedom of expression, we can think up some restriction to that, but one thing is for sure, freedom of expression means the right to think differently,” he remarked.
“I, at many times disagree with what some of those disqualified [candidates] say, or do, or propose to do. I don’t agree with their ideas, [but] defend that they have the right to express their ideas, because, otherwise, if this is not possible, then there is no freedom of expression,” he concluded.
On Friday, CAEAL’s chairman Tong Hio Fong said that the candidates had been disqualified due to “factual evidence” proving the candidates’ disloyalty, adding that such decision was taken after a comprehensive evaluation on all AL election candidates was conducted, which contributed conclusively to the information provided by the Secretariat for Security.
“The people had not upheld the Basic Law of the Macao Special Administrative Region (MSAR) of the People’s Republic of China (PRC), or they had not met the requirement of pledging allegiance to the MSAR of the PRC.”
information provided
was requested by CAEAL
Speaking on the sidelines of a meeting with AL legislators, Secretary for Security Wong Sio Chak said that all the information on the candidates was provided by the Secretariat by request of the CAEAL.
“Obviously the request for information on the candidates was done by CAEAL and we have sent them [that] information. If they did not request it, we would have not provided it since we do not have any role in the elections,” Wong said, adding that the content of such information is highly confidential and only the CAEAL can reveal it.
“We do not have the obligation [to reveal the information] nor do we have any intention of doing so,” Wong was quoted saying by several Chinese language media outlets, remarking that all the information provided was collected according to the laws.