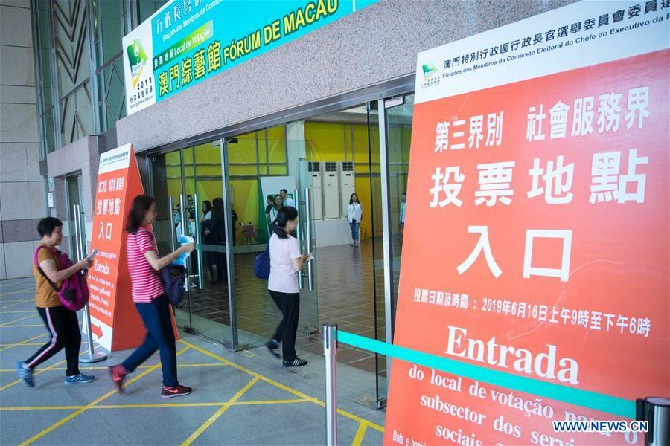 The coming Legislative Assembly (AL) Election is likely to have 36 polling stations, the same number as the previous round, the Electoral Affairs Commission for the Legislative Assembly Election (CAEAL) told the press yesterday.
However, this year new venues will be designated by the government as polling stations.
In a media briefing yesterday, Tong Hio Fong, chairman of the CAEAL said that authorities conducted site visits at potential locations last week.
“The initial planning for the coming AL election retains 36 polling stations, a number the same as the last election.”
However, as some venues have already been designated for Nucleic Acid Covid-19 testing, like Macau Forum, “the CAEAL will do its best to identify other suitable locations to be used as polling stations.”
He also mentioned that a Social Welfare Bureau facility at Seac Pai Van chosen as a polling station last time was determined to be less than ideal for voters, hinting that this venue will also be changed for a more suitable location.
The AL election will take place on September 12. The campaign period will last from August 28 to September 10.
Previously, China’s Vice Premier Han Zheng has called on the Macau SAR to make a concerted effort in organizing the seventh AL elections during a meeting with the Chief Executive Ho Iat Seng in Guangzhou.
This year, CAEAL is aiming for safer and cheaper elections as it sees an 8.5% budget cut.
For Tong, the biggest challenge of this year’s elections for the Legislative Assembly (AL) is related to the Covid-19 pandemic and its evolution over time.