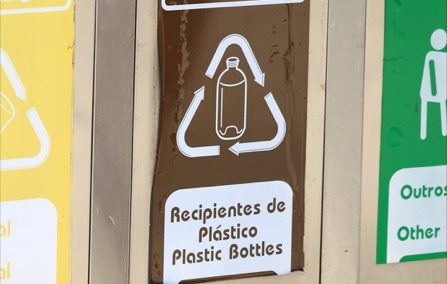 A campaign against the use of plastic bags is spreading online, gathering nearly 3,400 signatures as of yesterday night on an online petition platform.

The petition comes after a report issued by the Environmental Protection Bureau (DSPA) showed that the SAR has failed to progress in waste control and management despite programs facilitated by the government.

According to the State of the Environment of Macau 2017 report, the average person produced 2.16 kilos of solid waste per day in the city, an increase of 2.9 percent from last year.

The figure is the highest among nearby regions including Hong Kong and Guangzhou, which only recorded 1.41 kilos and 0.98 kilos of waste per person respectively.

As such, five residents are seeking to raise public awareness of the fact that the MSAR is creating more solid waste than other regions. The report identifies the largest producer of solid waste as the gaming operators.

Annie Lao, one of the organizers of the petition, said that the group is urging the government to enforce strong regulations and mandatory fines on the use of disposable plastic, and take immediate action to ban plastic bags, single-use plastic and the use of the material in unnecessary packaging.

“We want the government to do something about it. The problem has existed for many years and the government needs to think about what actions to implement to effectively tackle waste problems in Macau,” said Lao.

The group believes that increasing public education and awareness of zero waste can eventually help to reduce the excessive waste and create a platform for further measures that can improve the city’s quality of life.

Lao stressed that authorities should emphasize reducing waste instead of promoting recycling.

“Composting of waste is not enough to handle the food waste in the city per day. Everything starts from reducing, and recycling is that last step. We shouldn’t always think that recycling is a solution and putting it in the incinerator is a solution,” said Lao.

“The solution is zero waste and producing less. The government does not give us this image,” she added, stressing that the relevant authorities are only focusing on promoting recycling.

The organizers of the petition also noted that the government needs to consider the long-term investment for the environment protection system in the city.

Lao noted that such a measure would also allow the region to save money on recycling. “Recycling also isn’t for free. We’re paying money for that. There’s no guarantee that all plastics can be recycled,” she said.

Lao added that the current numbers of signatures was a surprise, adding that there are also many residents concerned about waste production in Macau.

The group suggested that the government should focus on gaming operators and implement regulations delimiting how much waste they can produce in a day.

They suggested that authorities can provide incentives to those businesses that only produce reusable and biodegradable plastics.

“We are very behind on this matter. […]  We feel that every year our quality of life is decreasing. We don’t want to live in a city full of waste,” said Lao.

“It’s not about the money anymore. We no longer care about how much money Macau makes; we care how good it is to live in Macau. That is more important,” she concluded.

Currently, there is still no target date as to when the group will submit the petition to the government headquarters as they are still waiting for the campaign to reach many residents.

The online petition, which is found at change.org, is titled “Macau Plastic Waste and Pollution.”