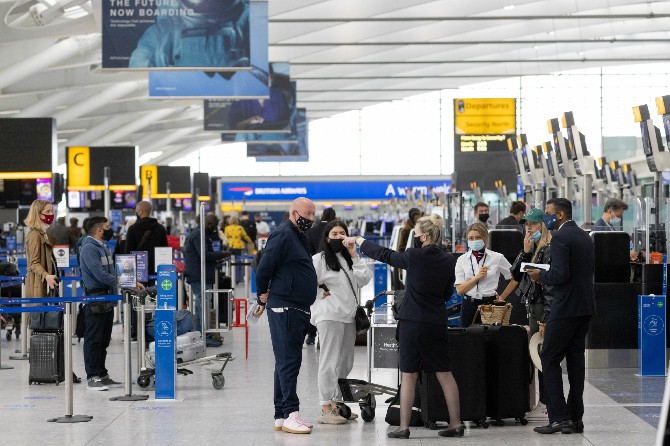 Europe is slowly rolling back border restrictions set in place to stop the spread of Covid-19, providing an opening for sightseers and sun-seekers to finally make plans for a summer holiday.
In Germany, citizens from Australia, Israel, New Zealand, Singapore and Thailand can enter without restrictions. China, Hong Kong and Macau residents will also be allowed when Germans are granted equivalent entry rights, according to the interior ministry.
In the Macau SAR, tourists and non-residents from outside Greater China are still banned from entering the region. As implied by Chief Executive Ho Iat Seng earlier, the government may only allow entrants from countries that were Covid-19 free for 14 days prior to entering the city.
Meanwhile, from today, tourists from Japan and the U.K. can enter Spain without a PCR test. This should give a major boost for the country’s tourism sector, since the Brits are its biggest source of visitors — but there’s a hitch. With Spain on the U.K.’s amber list, the Brits will have to self-isolate once they get home. There is also a testing requirement on departure as well as return, which will quell some of the enthusiasm. Some European Union (EU) and European Economic Area arrivals can also go to Spain without a test, along with people from Australia, China and Hong Kong — places that are also mostly shut off.
Meanwhile, Germany, along with the U.K., provides more visitors to Europe’s beaches than any other nation. It loosened borders with member countries of the EU and the Schengen free-travel zone on May 13, giving its citizens access to more destinations than their British counterparts.
Fully vaccinated or recovered people no longer need a negative Covid-19 test and do not have to quarantine when they re-enter the country from those locations, removing a hurdle for Germans considering a holiday on the continent. Those who do not meet those tests will, for now, still have to quarantine from designated risk zones, including all of Italy and Greece, as well as swaths of Spain. MDT/Bloomberg