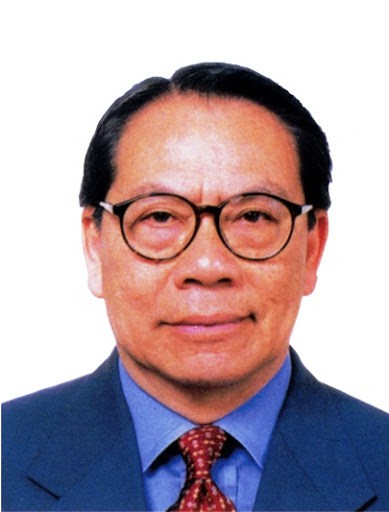 Victor Ng, former lawmaker and president of the Macao Foundation, among other public positions, has passed away at the age of 90, the foundation confirmed.
He has held several distinguished positions before and after the change of sovereignty, having been the president of the Macau Importers and Exporters Association; an executive director of the World Trade Centre, Macau; member of the Economic Committee; and member of the Macau Special Administrative Region Preparatory Committee.
He has also held positions on the mainland, including within the Chinese People’s Political Consultative Conference and the Shunde People’s Political Consultative Conference.
Speaking to the Times, incumbent lawmaker António Ng Kuok Cheong, who had been colleagues with Victor Ng in the legislative body, said that he was a “decent person.”
In fact, the incumbent lawmaker has reiterated that Victor Ng (not related) had always been a “normal colleague,” plain and simple.
Victor Ng started his career in the commercial sector before becoming successful as a distinguished businessperson, so it is understandable that he stood in line with the business sector.
“He was on the pro-Beijing side,” Ng recalled, hinting that he was not expected to push forward any reform.
Meanwhile, the Macao Foundation issued a statement yesterday to mourn the late ex-president.
In the statement, the foundation described Victor Ng as “promoting the long-term development of Macau and leading the Macao Foundation into society.”
The foundation recalled that the late Victor Ng was obsessed with popularizing science among youths. He actively participated in the establishment of the Macao Science Center, while being the first co-chair of the Macao Science Center Limited.
“The Macao Foundation hereby expresses its condolences to the family of the late Mr Victor Ng,” the foundation wrote.
Unexpectedly as a distinguished personage during the transition period, the late Ng was physically assaulted on the street one morning, months before the change of sovereignty as he finished a meeting and departed from the then Xinhua News Agency Office in Macau.
About a month before the attack, he was appointed by the then Chief Executive-to-be, Edmund Ho, as a member of the independent committee for judge recommendation.
A veteran businessperson, the late Ng was born in Lechong Township, Shunde City, Guangdong Province, mainland China. He moved to Macau in 1960, where he started and shone in his career.
Speaking in 2002 to the Macao Trade and Investment Promotion Institute, Victor Ng highlighted that manufacturing had no more role in Macau. He also pointed out that the city should move its focus to logistics.
He did not only encourage logistics within the region, but also logistics between Macau and further destinations, such as the Americas and Europe.
In 1984, he was awarded by the Portuguese-Macau government with the Medal for Industrial and Commercial Excellence.