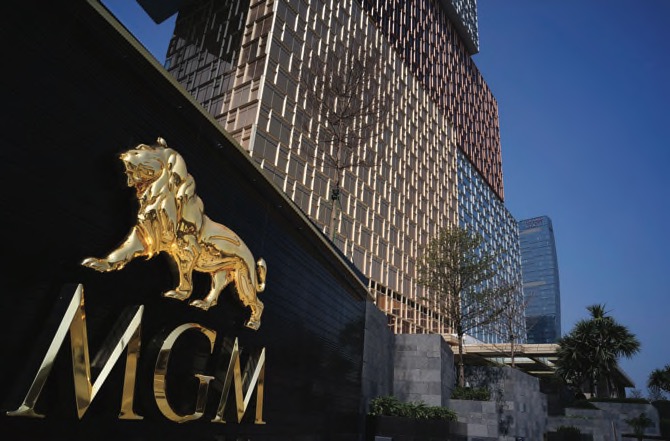 MGM Resorts International CEO Jim Murren flew into Macau this week to attend the opening of MGM China’s second property. The U.S. casino executive presided over the official opening ceremony of Cotai’s latest resort, which he says is already becoming a “must-see location” thanks to the company’s collaboration with its “strong local partners.”

In an exclusive interview with Macau Daily Times yesterday, Murren discussed what sets MGM Cotai apart from its competitors, his predictions for Macau’s gaming future and what he expects for the gaming license negotiations due to be held in the coming years.

Jim Murren (JM) – MGM Macau is elegant, beautiful and intimate. It really has a strong art component to it. This property [resembles that but] on a more grand scale and with a mass-market orientation, with the Spectacle and the MGM Theater.

It’s challenging when developing a new property since we are absolutely opposed to copying what someone else has done, or what we have done. So we worked hard to create something that had a connection to MGM Macau – and you can tell that from the [use of] glass and the architecture – but not replicated in any way.

MDT – And what about from your competitors on the Cotai Strip?

JM – [MGM Cotai] will be a must-see location and people will come here if for no other reason than to see and experience all of this. That doesn’t currently exist in Cotai; it doesn’t exist in Macau.

Our interior spaces are obviously vastly different to what anyone has seen in Macau: the largest indoor garden, the huge array of LED screens, the National Geographic content that we have acquired, the digital programming that we have innovated.

The Theater has never been attempted before. It’s complicated and extraordinarily expensive, but it creates a sense of wonder that no traditional, standalone theater could possibly deliver on.

Restaurants are important. We’ve really worked hard and traveled the world to find chefs and [food] pioneers that were willing to take a chance on MGM, to take a chance on Macau. Not just ‘mail something in and put their name on it, type of restaurant, but actually come in and teach the Macau people and get involved in the [local] community.

Retail is another good example. We have had a glut of retail here [in Macau] for a while. Do we really need another x-store when there are five already in the marketplace? In a very competitive marketplace, we felt that we had to find something uniquely Chinese to bring; something very specific that could be bought only at MGM Cotai.

These elements of continuous improvement were born out of the idea that, in a highly competitive market like Macau, to differentiate oneself when we have been the smallest here [in terms of market share] is really important.

MDT – MGM Cotai has placed a strong emphasis on new food experiences. That comes only months after Macau was named a Creative City of Gastronomy by UNESCO. Is that a coincidence?

JM – It’s not a coincidence. It comes down to having strong local partners – in this case Pansy Ho. That’s the philosophy MGM has all around the world. Some folks reluctantly seek out partners and accept partnerships. We enthusiastically embrace them. We know that we deliver a better product and a better experience because of them.

Food is [now] where we need to be.

To travel to Macau, people and international tours need an incremental reason. If we deliver the same food here as in Hong Kong, people might not come. When the [Hong Kong-Zhuhai- Macau] Bridge is done later this year and people can more easily access Macau, they are going to find foods from Peru and Europe that they will not have had access to where they live.

When people come [to Macau] from Korea, Japan, Taiwan and Hong Kong, they’re expecting this very sophisticated market to give them an experience that they can’t get in Osaka, Tokyo or Seoul.

That’s the challenge. Las Vegas has risen to that challenge in the past, Macau is rising to that challenge right now. If we can be at the forefront of this technology, innovation, entertainment and culinary excellence, then we will help Macau’s tourist market. 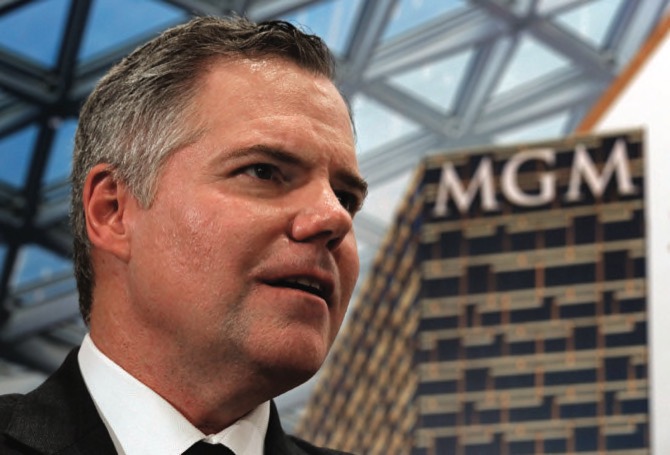 MDT – Talking of partnerships, what are your thoughts on potential involvement in Japan?

JM – We have a keen interest in Japan. We have been following for more than a decade (more intently for the past five years) the process by which the Japanese government is considering the ‘implementation act’, which would allow for integrated resorts in a few select markets.

The Japanese bureaucratic [system] has been working on this very transparently for many years, so we are all aware of the progress.

I would have to say that, if the Diet passes the act, this will be one of the most competitive bidding landscapes in the history of our industry. Why? Because of the size of the Japanese economy – it’s the third largest in the world – it’s a gateway to Asia, it has great infrastructure from rail to air to the sea. The Japanese government [also] has a very clear vision to drive international tourism, not just for the 2020 Olympics in Tokyo, but beyond that too. I have visited Japan about 25 times in the last three years. I am trying to understand how to be a good partner in local partnerships.

If the Japanese Diet passes the implementation act to form a Japanese-led consortium in a major metropolitan market such as Osaka, Tokyo or Yokohama, I believe that MGM has to earn its right to be there and that’s why we are working hard to develop a locally-based consortium that MGM can be part of. That’s what we’ve done here [in Macau]. The model works. It creates a better resort for us […] and I know it will help us in Japan.

MDT – How do you feel about the upcoming Macau concession negotiations?

JM – I have a great sense of calm about the concessions. I know that many people are focused on this issue, but I’m not. We have had just five minutes of discussion at our board about how to apply for a renewal or rebid. [Instead] we have spent all of our time focused on how we can best serve Macau and China, under the belief that if we prove ourselves to be a worthy, community-orientated company and understand the vision that China has for Macau – in terms of expanding non-gaming activities, training the local workforce and working with local small and medium-sized enterprises – then we will be considered as a long-term member of this society.

MDT – What requirements do you expect to be included in the new concessions?

JM – I don’t know about specific terms. I do believe, as was the case in the mid-term reviews, there will be a continued emphasis on non-gaming development. A continued insistence that operators that are privileged to have concession here need to comply with the vision of Macau: to diversify the economy, not away from gaming, but to broaden all of entertainment and hospitality. The companies that do not do that, or do it in a reluctant way or in a way that does not create unique experiences, will not be viewed favorably in my opinion.

MDT – What are your near-term projections for Macau’s mass-market and VIP gaming growth?

JM – I think that mass-market gaming will grow more rapidly than the high-end [component]. I believe that the [Hong Kong- Zhuhai-Macau] bridge will have a big effect on driving mass- market visitation to Macau and that the light rail will be of great benefit, as will the general development in this region [of South China].

VIP has grown very rapidly and we are certainly not ignoring that. We are opening with VIP and we are bringing in junkets in the next few months.

But I don’t believe we can predict the growth of the VIP market; we can’t predict that in the United States and we certainly can’t predict it here. So our business model in Macau is based on developing sustainable growth through the mass-market and through diversification, and doing the best we can when the VIP [sector] is strong.

MDT – Can you imagine a time when gaming activities in Macau do not make up the vast majority of tourism revenue?

JM – Twenty years ago I could not have imagined what Macau would become, and I can say that I cannot project what Macau will look like 20 years from now.

It really will be guided by how China and Macau wish to drive this hospitality market within the ‘Great Bay’. If Macau were a single isolated area then I would say no; it would be difficult. There’s a limitation of land that would make it hard for Macau to derive the majority of its income from non-gaming. But if you envision Macau as part of the ‘Great Bay’ – as we do – then yes, I absolutely believe this will be a tremendously diverse economy.