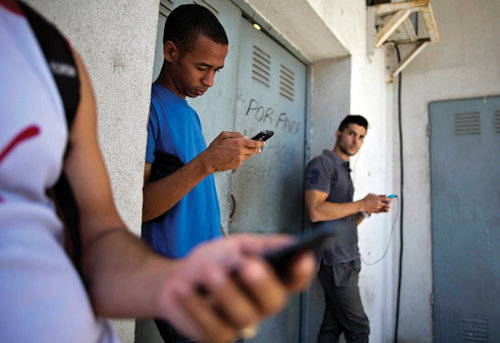 For over half a century, the U.S. government’s schemes to overthrow the Castro government were, if not successful, always creative: the poisonous cigars, the exploding seashell, the secret Twitter-like service in Cuba.
President Barack Obama said last week the U.S. will re-establish diplomatic ties with Cuba and bring change to the longstanding trade embargo. But it was unclear if all secret operations would cease.
Disclosures by The Associated Press this year revealed how the U.S. Agency for International Development continued Washington’s stealthy democracy-promotion work as some lawmakers and others pressed for a return to normalcy with Cuba.
The White House’s announcement of revived ties came hours after American Alan Gross, a USAID contractor, was freed after serving five years in a Cuban prison for smuggling communications technology. Also on Wednesday, USAID administrator Rajiv Shah said he was leaving his post early next year.
In programs revealed by the AP this year, USAID secretly created a primitive social media program called ZunZuneo, staged a health workshop to recruit activists and infiltrated Cuba’s hip-hop community.
Those programs were part of a campaign aimed at undermining the Castro government through the citizenry, rather than directly targeting political leaders. Yet they were still fraught with danger and incompetence.
Following the disclosures, USAID prepared internal rules that would effectively end the agency’s risky undercover work in hostile countries. The AP found USAID and its contractor, Creative Associates International, had concealed their involvement in the Cuban programs by setting up front companies, routing money through overseas bank transactions and fashioning elaborate cover stories. Gross was working for a different USAID contractor, Development Alternatives.
The aid agency’s recent secret missions were the latest in a series of efforts by the U.S. government — from presidents John F. Kennedy to Obama — that began shortly after Fidel Castro’s rise to power in 1959. Washington broke diplomatic relations two years later, around the time the doomed CIA-led Bay of Pigs invasion was launched to topple the new leader.
The U.S. government was not deterred. The CIA considered a plan to kill Castro by exploding an exotic seashell where he went diving, but it was deemed impractical. Another scheme, in 1960, was designed to inject poison into Castro’s favorite cigars, but nothing came of that, either. 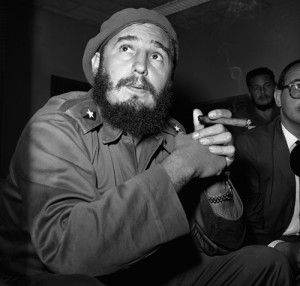 In more recent times, Gross — using backpacks and carry-on bags — smuggled secret communications equipment into Cuba to try to build an uncensored Internet network purportedly for the island’s small Jewish community. He was arrested, convicted and declared a spy by Cuban President Raul Castro.
USAID’s recent Cuba programs, although less dangerous than some past misadventures, received sharp criticism this year from some U.S. lawmakers who called them “reckless,” ‘’boneheaded” and “downright irresponsible.” Cuban artists swept up in the program were detained or interrogated by Cuban authorities. The secret U.S. hip-hop operation backfired after Cuban authorities found that an independent music festival — one of the largest on the island — was really backed by the Obama administration.
Others in Congress said, however, that they supported the aid agency’s efforts, noting Cuba’s human rights record and its repression against dissidents.
Congress directed USAID recently not to do work in politically repressive countries unless the agency can execute it with its own staff, and without extensive secrecy. In any event, any work by USAID in Cuba is illegal under Cuban law.
On Wednesday, White House Press Secretary Josh Earnest said the administration would continue the democracy initiatives in Cuba that the Castro government has complained about. “USAID programs that have been in place and that have drawn the criticism of the Cuban regime will continue even after Dr. Shah transitions out of his current job,” he said.
It was not immediately clear how that would square with the new congressional directive about USAID’s activities, passed in a year-end congressional spending bill.
Senior U.S. officials said Wednesday that Shah’s departure was not linked to the fallout from his agency’s once-secret Cuba programs or to Gross’ release. But Shah’s resignation, billed as long in the works, came just hours before the president announced the policy change — and as Gross was traveling back to his home country.
USAID’s inspector general is reviewing whether the agency’s recent Cuba programs disclosed by the AP were proper.
Ryan Goodman, a New York University law professor, said it was “difficult to fathom” how USAID’s operations, such as ZunZuneo, weren’t covert actions that required additional legal signoffs.
“Unless USAID has a better explanation,” he said, “these programs surely seem to fit the definition of covert action under U.S. law.”
The agency has maintained the programs weren’t covert and that Congress was informed about them.
But last week, as the secret hip-hop program made headlines, Sen. Patrick Leahy, D-Vt., who leads a Senate panel on foreign operations, contested USAID’s assertions of transparency.
“USAID never informed Congress about this and should never have been associated with anything so incompetent and reckless,” Leahy said. “It’s just plain stupid.” By Jack Gillum & Desmond Butle, Washington. Associated Press news researcher Monika Mathur contributed to this report.