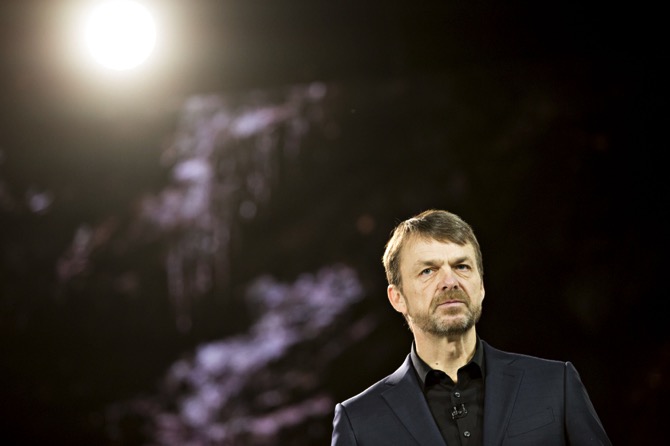 The transaction, valued at 6.2 billion euros (USD7.1 billion), will create Japan-based Magneti Marelli CK Holdings, according to a statement yesterday. Beda Bolzenius, chief executive officer of the acquirer, will lead the combined entity, which will supply components to Fiat Chrysler through a multiyear agreement. The Italian business will remain in Milan, according to a statement yesterday.

The deal, reported by Bloomberg News on Sunday, creates an auto-parts maker with more than $17 billion in annual revenue and about 65,000 workers from Tokyo to Milan. The sale is a major milestone for Manley, who took over Fiat Chrysler days before the death of his predecessor Sergio Marchionne in July. It’s also the first M&A transaction overseen by Chairman John Elkann since his so-called deal “maestro” passed away.

Fiat will keep Marelli’s plastics division, which is mostly a captive business and generated about 700 million euros in revenue last year, according to people familiar with the matter. The announced 6.2 billion-euro transaction value of the all-cash deal is based on the entire equity value of the old Marelli, the people said, asking not to be named discussing non-public details. An undisclosed amount of debt and working capital is included in the transaction, but isn’t part of the equity calculation, they said.

Marchionne, who had initially favored separating the business by distributing shares to investors, had said Fiat was open to changing its mind for a “big check.” Fiat Chrysler opted for a sale of Magneti Marelli instead of listing on the Milan stock exchange after market conditions deteriorated amid global trade tensions and political uncertainty in Italy, as well as profit warnings from automakers and suppliers.

“The transaction recognizes the full strategic value of Magneti Marelli and is another important step in our relentless focus on value creation,” Manley said in the statement.

Elkann, the head of the Agnelli family company that controls Fiat Chrysler, has been directly involved in the discussions since Marchionne, who had started talks earlier this year, suddenly passed away, according to people familiar with the matter. Through Sunday, shares of the carmaker had lost about 20 percent since Marchionne’s death as Italian stocks entered a bear market after the country’s new populist government failed to win investors’ confidence.

Shares of automakers and their suppliers have also flagged amid trade tensions and other headwinds. Daimler AG issued its second profit warning in four months on Friday and automotive supplier Continental AG cut its outlook in August. Volvo Cars in September delayed plans for a share sale, saying the timing is “not optimal,” and Aston Martin shares have slumped since its initial public offering.

With the sale, Manley and Elkann are continuing Marchionne’s strategy of extracting value for shareholders by separating businesses from the auto division. Under Marchionne, Fiat Chrysler’s value rose more than 10-fold, helped by the spinoffs of supercar maker Ferrari NV and truck and tractor division CNH Industrial NV.

Simplifying the company allows Manley to focus on building and selling cars, and make Fiat Chrysler less complex in the case of any eventual merger talks.

Fiat Chrysler, which hasn’t paid a dividend since its formation in 2014, could now consider rewarding shareholders. A sale of the parts unit could provide Fiat Chrysler with more than $2 billion in dividends, according to Joel Levington, a senior credit analyst at Bloomberg Intelligence.

Japanese companies have announced more than $200 billion of acquisitions this year, a 60 percent increase from the same period in 2017, according to data compiled by Bloomberg. The deal volume has already reached the highest annual tally in more than a decade, the data show.

As part of the negotiations, Fiat Chrysler rejected an offer as the two sides were divided on the price by about 1 billion euros, people familiar with the matter said in September. Before pursuing talks with KKR, the carmaker fielded interest from other potential buyers, including Apollo Global Management, Bain Capital and an unnamed Asian parts supplier, people familiar with the matter said in August.