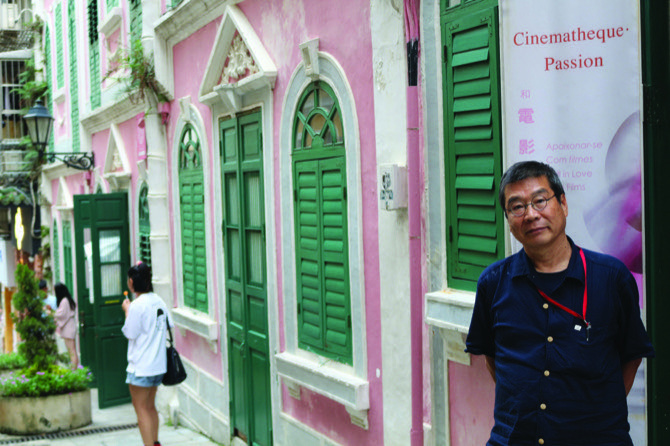 Legendary Japanese filmmaker Kazuo Hara, known for bringing objectionable topics to the silver screen, says that the time is coming when a maverick Chinese director will speak out against the controversial issues in the history of the People’s Republic of China.

“There will always be directors to speak out against authority,” said the controversial filmmaker in an interview with the Times this week.

“I think that one day there will be a director who shoots a documentary about these controversial times [in China],” he added, offering the Tiananmen Square Incident as an example. “For sure, there will be a similar documentary-maker in China, but I can’t say who that will be or when.”

Hara, who has provoked the ire of authorities in his home country on countless occasions during his 40 years as a filmmaker, said that challenging authority and the status quo is the duty of a filmmaker.

“Though every person will have his or her own desires, the one desire we must all share in common is [a need for] freedom. This is the strongest desire,” said Hara. “In our society, the authority controls our freedom. And it is the director’s job to reflect the peoples’ desire for freedom. That’s why [filmmakers] often stand opposed to those in power.”

The renowned documentary filmmaker was in Macau this week as the “director in focus” at this year’s International Documentary Film Festival being held at Cinematheque Passion. The Festival will show four of Hara’s productions, including his most famous work, The Emperor’s Naked Army Marches On (1987), a highly controversial film, for which Hara was awarded the New Director Prize from the Directors Guild of Japan.

Born June 8, 1945, just a few months before the end of the War in the Pacific, Hara has been witness to the entirety of the post-war restoration of Japan. He observed its rise from the austerity of the 1950s to the world’s number two economic power by the 1970s, and the various social changes in the country in the decades that followed.

The pioneering filmmaker is not known for shying away from sensitive issues. He has a particular affinity with social outcasts and finds the conformist mainstream culture of his homeland oppressive.

Throughout his career, Hara has broken through the boundaries of many social norms – in some cases capturing little-discussed and never-before-seen moments on screen – such as the reality of family life in Japan  often obscured behind closed doors, or the sensitive issue of mixed-race children.

“I make bitter films. I hate mainstream society,” he is perhaps most famously attributed with having said.

There is a quiet bravery to Hara’s work, which seems authentic and lacking in judgment, even if the filmmaker is the impulse behind some of his scenes.

Such is his treatment of the controversial Kenzo Okuzaki, a retired soldier and dissident, who challenges the greatest of taboos in 20th century Japan in The Emperor’s Naked Army Marches On.

In the 1980s, criticizing the Emperor in public was one of the strongest and deeply-rooted taboos in Japan, and yet Okuzaki implicates Emperor Hirohito whenever possible, denouncing him as “the most cowardly man in Japan” and holding him personally responsible for the horrific acts commited during World War II.

The documentary follows the 62-year-old veteran as he tries to find those responsible for the mysterious deaths of two soldiers from his former unit. Much of the film features the unusual and violent Okuzaki confronting other veterans of the war.

“In the film, I wanted to explore the relationship between the character and his [fellow] soldiers, who committed the crimes together in the war and kept in touch after the war, but don’t really talk about what they did,” said Hara. “It’s more an insight into their relationships, rather than the history of World War II.”

Okuzaki’s role on the screen is shocking. He resorts to violence and the threat of violence, and employs underhanded tactics to extract confessions from his interviewees, such as enlisting his friends to pretend to be the relatives of deceased soldiers.

His ultimate act of defiance culminates in an attempted assassination, for which he was sentenced to 12 years in prison.

The threat of assassination was raised during the making of the documentary and Okuzaki even goes as far as to request that Hara film the homicide. Hara declines and tries to persuade Okuzaki against the idea.

“In order to get the public to watch the movie and pay attention, [Okuzaki] committed a crime and took the media spotlight. […] I asked Okuzaki not to commit the crime, just to find the truth,” explained Hara.

“A lot of people liked The Emperor’s Naked Army Marches On, but they are not sure if they can agree with what Okuzaki did. When the film was first screening, a lot of young people went to watch it and really liked it. However, I wondered if the young people really understood the main character.”

“Okuzaki is not doing this for himself, but for the Japanese public who hold the same opinion as him. For his crime, Okuzaki knows he will be sent to prison in a single-person room, without [other inmates]. He doesn’t mind this because, for him, it represents a kind of freedom.”

Such an act so nearly caught on camera raises the question of what constitutes going too far. Asked during his interview this week, Hara said, “I like to be a little bit different from society. I don’t think that I ever go too far or get too extreme.”

The Emperor’s Naked Army Marches On was screened at Cinematheque Passion last Saturday. A second showing will be held on Thursday, July 26 at 9.30 p.m.