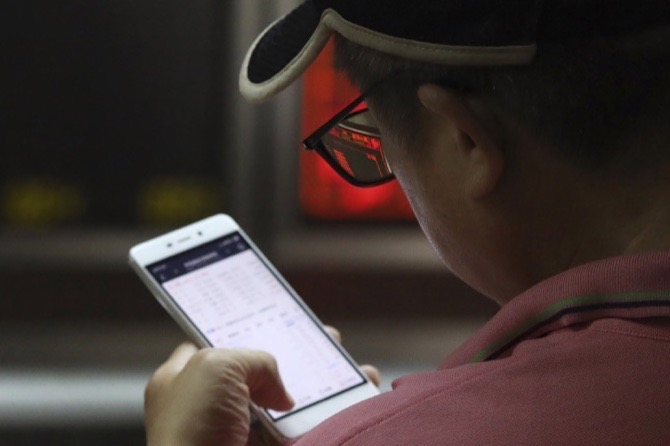 Hong Kong’s controversial extradition bill has at least one stock-market analyst considering a move out of the city.

Gillem Tulloch, whose GMT Research Ltd. is best known for flagging suspicious accounting at Chinese companies listed in Hong Kong, said in an interview with Bloomberg yesterday that he may move the firm to Singapore or the U.K. He’s worried that GMT’s critical research makes it vulnerable to false allegations in China that could be used as a pretext for extradition.

Tulloch is one of the first market professionals to publicly float the idea of leaving Hong Kong over concerns that China is eroding legal protections enshrined in the “one country, two systems” framework. While his firm employs just four people and major financial companies have given no indication of reducing their Hong Kong footprint, the extradition bill’s critics have staged mass protests and warned that it could undermine the city’s status as an Asian financial center.

“It is just naive to have an extradition treaty,” Tulloch said. “It is against the best interests of Hong Kong.”

Tulloch founded GMT in 2014, having previously served as research head for Thailand at CLSA Ltd. His firm has moved markets with bearish assessments of companies including Anta Sports Products Ltd. and Sunny Optical Technology Group. Both companies have said GMT’s reports were inaccurate.

Tulloch and other critical analysts have faced increased scrutiny in Hong Kong in recent years. Last year the city’s Securities and Futures Commission ended a two-year investigation into GMT without taking any action, after a complaint over a 2016 report on a China-based firm, Tulloch said in a 2018 interview with Bloomberg News. He said he has received legal threats, cease and desist demands, and menacing phone calls since he started the company.

Moody’s Investors Service was found to have breached Hong Kong’s regulatory code of conduct with a 2011 report on risks at dozens of Chinese companies. Andrew Left, a U.S.-based short seller, was found culpable of market misconduct for a 2012 report critical of Evergrande Real Estate Group Ltd., now called China Evergrande Group, that sent the company’s shares down 20% on the day.

If the bill passes, it could have a chilling effect on analysts, according to David Webb, an activist investor who regularly posts critical assessments of Hong Kong-listed firms on his blog.

Webb, who has no plans to leave Hong Kong, said in an interview yesterday that researchers might think twice about publishing unofficial Chinese data out of fear they will be accused of leaking state secrets.

Some firms are already making contingency plans, said Timothy Loh, a lawyer at Timothy Loh LLP. One of his Hong Kong-based asset management clients asked to set up a parallel operating structure outside the city that could be used if any of the firm’s directors come under threat from the proposed law, he said, without naming the client.

“The law, if passed, is bound to deter some talented professionals from moving to Hong Kong in the first place,” said Webb, who is worried that the number of crimes under its remit will later be expanded. “If they cannot assess the risks they will err on the side of caution and build their careers in other places.” Benjamin Robertson, Bloomberg