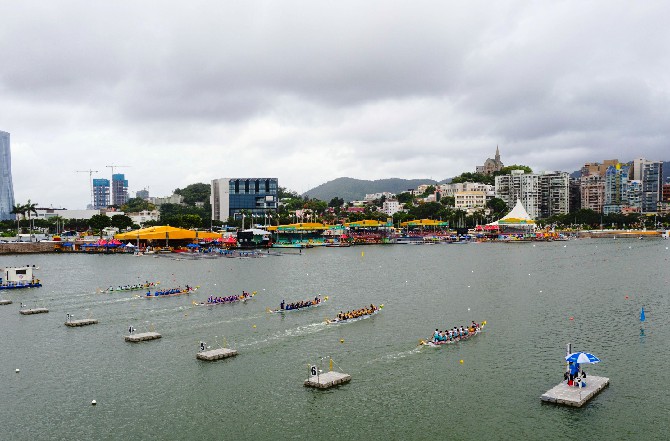 Following a relatively calm morning yesterday, the first race day of this year’s Macao International Dragon Boat Races saw an unsettled afternoon with thunderstorm warning and heavy rainfall.
The changing weather left the races suspended for about an hour, due to safety reasons, before it could resume at about 3:15 p.m.
The first race day focused on small-boat 200-meter races. It saw University, Public Entity, Women and Open categories.
University of Macau – A was crowned in the University Category, with a time of 0’53.867. Following the champion were Macau University of Science and Technology – A and Macau Polytechnic Institute.
In the public entity category, the Fire Services Bureau won the race with an astonishing time of 0’50.091. The Marine and Water Bureau (DSAMA) and the Public Security Police Force followed behind.
It is worth mentioning that the DSAMA director, Susana Wong Soi Man, competed in the runner-up team. Another team of the bureau unfortunately got its boat capsized near the finish line in the semi-final race.
The Macau Youth Development Association topped the Women’s Category with a time of 0’56.912, with MGM-A and Baía do Mar Canoeing Club – Friendship as runners-up.
The Fire Services Bureau also topped the Open Category with an even better time of 0’47.561 – two seconds faster than first runner-up CTS – with SJM Jubilee – B at third place. AL 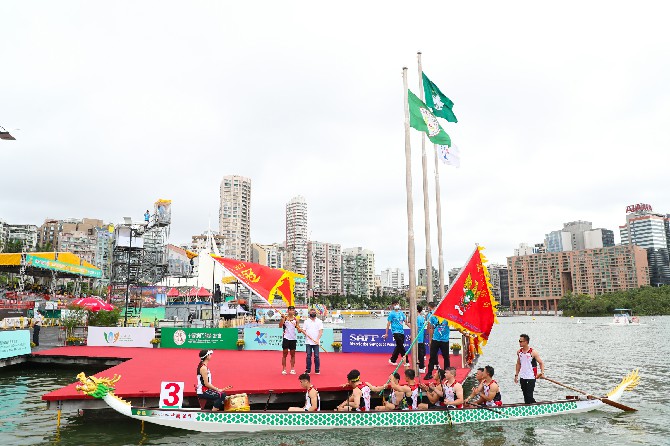 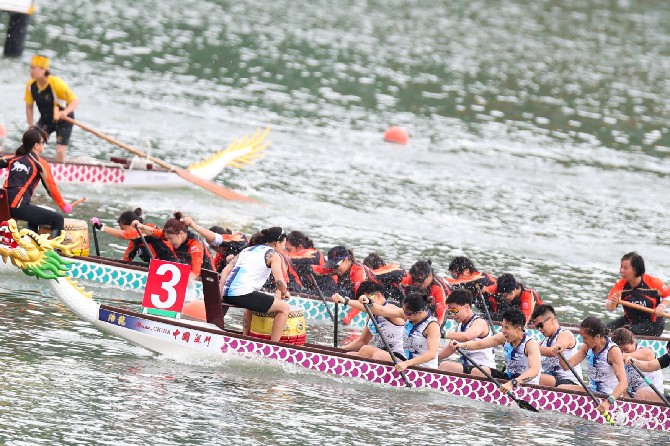