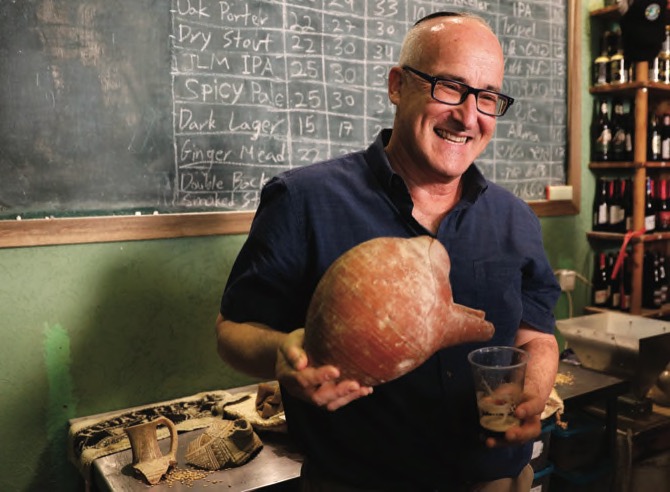 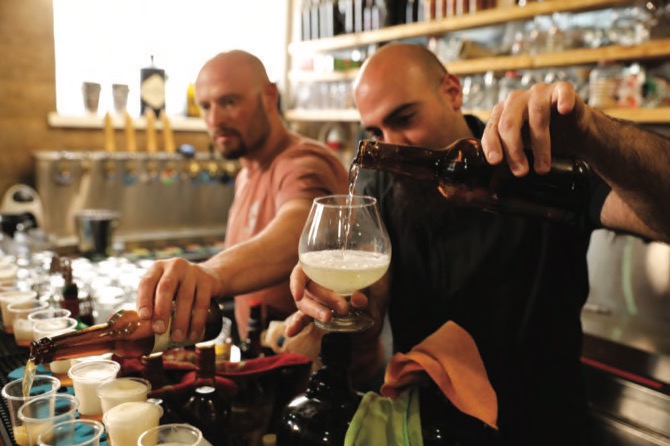 Israeli researchers raised a glass this week to celebrate a long-brewing project of making beer and mead using yeasts extracted from ancient clay vessels —some over 5,000 years old.

Archaeologists and microbiologists from the Israel Antiquities Authority and four Israeli universities teamed up to study yeast colonies found in microscopic pores in pottery fragments. The shards were found at Egyptian, Philistine and Judean archaeological sites in Israel spanning from 3,000 BC to the 4th century BC.

The scientists are touting the brews made from “resurrected” yeasts as an important step in experimental archaeology, a field that seeks to reconstruct the past in order to better understand the flavor of the ancient world.

“What we discovered was that yeast can actually survive for a very, very long time without food,” said Hebrew University microbiologist Michael Klutstein. “Today we are able to salvage all these living organisms that live inside the nanopores and to revive them and study their properties.”

Beer was a staple of the daily diet for the people of ancient Egypt and Mesopotamia. Early Egyptian texts refer to a variety of different brews, including “iron beer,” ‘’friend’s beer,” and “beer of the protector.”

The yeast samples came from nearly two dozen ceramic vessels found in excavations around the country, including a salvage dig in central Tel Aviv, a Persian-era palace in southern Jerusalem and ‘En Besor, a 5,000-year-old Egyptian brewery near Israel’s border with the Gaza Strip.

Other researchers of ancient beers, such as University of Pennsylvania archaeologist Patrick McGovern, have concocted drinks based on ancient recipes and residue analysis of ceramics. But the Israeli scientists say this is the first time fermented drinks have been made from revived ancient yeasts.

Aren Maeir, a Bar Ilan University archaeologist, excavates at Tel es-Safi, the biblical city of Gath, where ancient Philistine beer pots yielded yeasts used to brew a beer offered to journalists. He likened the revival of long-dormant yeast to the resurrection of ancient beasts fictionalized in “Jurassic Park,” but only to a point.

“It opens up a whole new field of the possibility that perhaps other microorganisms survived as well, and you can identify foods such as cheese, wine, pickles,” opening a portal into tasting cultures of the past, he said. 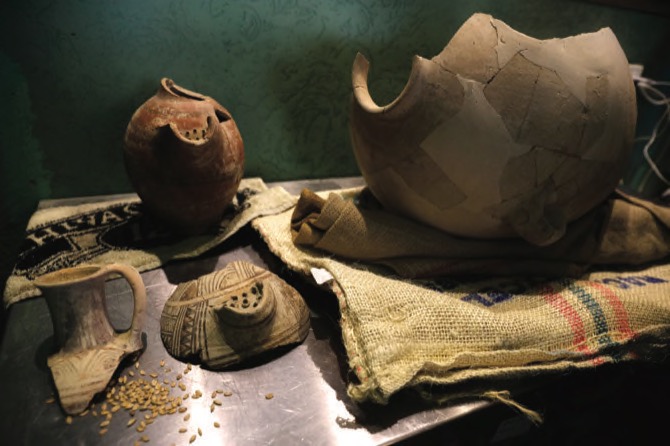 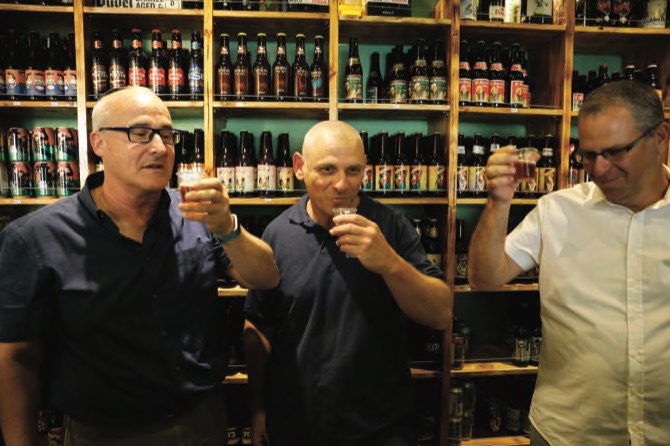 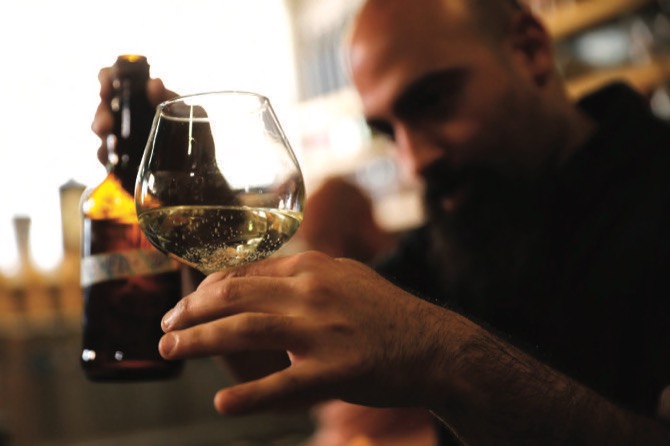 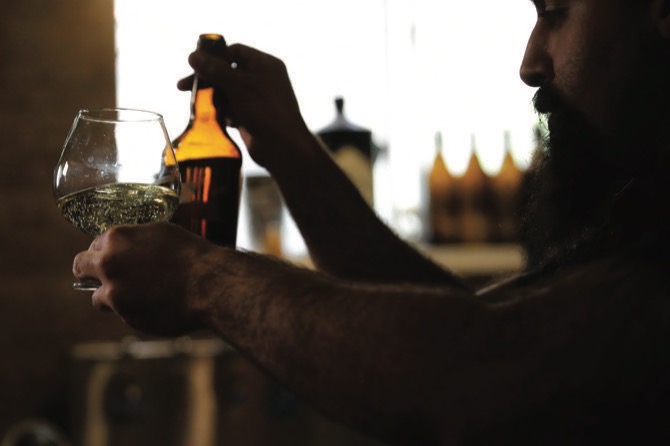 For this initial experiment, the team paired up with a Jerusalem craft brewer to make a basic modern-style ale using yeast extracted from the pots. The ale had a thick white head, with a caramel color and a distinctly funky nose. The mead, made using yeast extracted from a vessel found in the ruins of a palace near Jerusalem that contained honey wine roughly 2,400 years ago, was champagne bubbly and dry, with a hint of green apple.

The beer incorporates modern ingredients, like hops, that were not available in the ancient Middle East — but it’s the revived yeast that provides much of the flavor.

“We tried to recreate some of the old flavors that people in this area were consuming hundreds and thousands of years ago,” said Shmuel Naky, a craft brewer from the Jerusalem Beer Center, who helped produce the beer and mead. Yeasts, he said, “have a very crucial impact on flavor.”

Naky described the beer as “spicy, and somewhat fruity, and it’s very complex in flavor,” all attributes produced by the ancient yeast.

Genome sequencing of the yeast colonies extracted from the pots showed that the ancient strain of yeast was different from the yeast used in beer-making today, but similar to those still used to make traditional Zimbabwean beer and Ethiopian tej, a type of honey wine.

The researchers said their next aim is to pair the resurrected yeasts with ancient beer recipes to better reproduce drinks from antiquity. Ilan Ben Zion, A