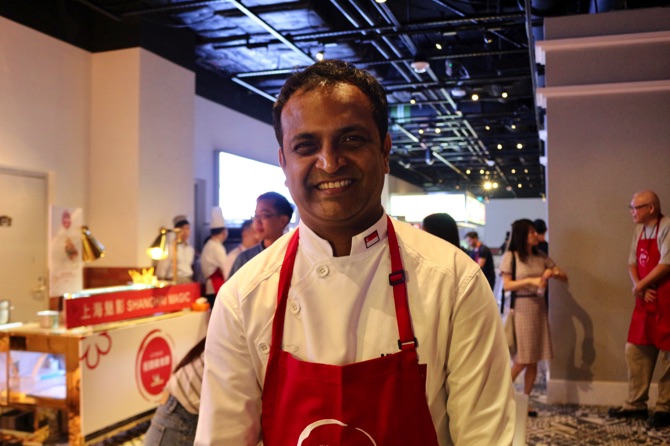 The first Michelin guide Street Food Festival Macau kicks off today. It will feature Michelin starred chefs from Singapore, Japan, and Macau, all of whom will showcase their signature dishes at Studio City’s Macau Gourmet Walk.

Visitors can enjoy a variety of  three dishes from the 11 stalls, with prices ranging from MOP40 to MOP60 for the next four days.

Chef Manjunath Mural, head chef of The Song of India in Singapore (which has one Michelin star), told the press that the festival is a good opportunity for the public to experience an array of street food creations and signature delicacies.

“Macau is one of the best destinations in Asia after Japan [with] so many Michelin restaurants and experiences,” Mural added. The head chef also noted that he has observed that local chefs are striving hard to achieve a Michelin star rating and will not compromise on quality.

According to Mural, presenting Indian cuisine in the region is a challenge as some locals are not particularly fond of heavy spices. However, the chef noted that he is aware of his customers’ preferences. “I do the food according to customer’s preferences. I know their taste bud,” he said.

Another renowned chef, Chan Hon Meng, who owns Hong Kong Soya Sauce Chicken Rice & Noodle in Singapore, which is located in Singapore’s largest hawker center, is also in Macau to give locals a taste of his specialty.

The hawker stall in the Chinatown complex surprised the culinary world in July when it was awarded a coveted Michelin star, making it one of the first two street food stalls in the world to be given such an award.

Commenting on the first edition of the festival, Chan said, “It’s a good opportunity to have interaction with other chefs and cuisines. The most important part is to understand the culture of Macau as well.” Chan also stressed that after receiving the Michelin star, his stall has attracted more tourists, and he expressed the hope that Macau locals will also enjoy his delicacies.

Although there are still no plans to bring his food permanently to Macau, Chan said that he hoped he can bring his business to the region in the future.

Meanwhile, chef de cuisine of the Michelin-recommended Shanghai Magic, Wilson Fam, implied that the festival is not only a gathering for food enthusiasts but for awarded chefs as well.

“It excites me a lot because Michelin chefs are working together. It’s a good experience for me. I feel lucky that we’ve been selected to join together to join other great chefs,” said Fan.