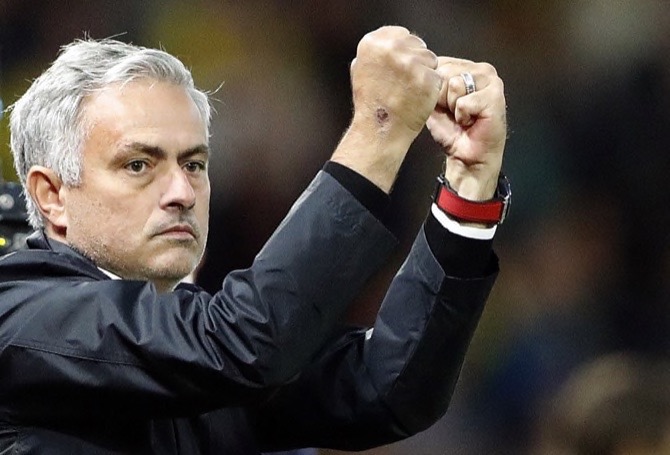 A Source close to the Evergrande Group chairman Xu Jiayin told Xinhua on Friday that Xu did meet Mourinho but never talked about offering a coaching job at Evergrande.

“They did meet in last December and this May,” the source said.

According to the source, Xu met Mourinho during his two trips in Europe for acquiring a Swedish Auto company Koenigsegg and a British automotive technology company Protean last December.

“But those meetings were personal and there was nothing about the coaching job at the Guangzhou Evergrande club,” he added.

English media reported on Friday that Mourinho had a conversation with Xu talking about coaching the richest club in China. The report posted a photo in which Xu and Mourinho smiled and posed with a glass of wine.

“The photo was not taken recently as you can see Xu’s hair style was very different from nowadays,” the source said.

“Xu and Mourinho know each other for quite a long time and they have a good relationship.”

Mourinho has not managed since being sacked by Manchester United last year and has been hoping to join a new club this summer.

Xu founded the Evergrande Group in 1996 and now the group becomes one of Chinese largest real estate developers. Evergrande bought the Guangzhou club in 2010 and the team has won seven consecutive domestic league titles and two AFC Champions League titles since then.