For many wealthy Brazilians, Portugal is becoming the new Miami 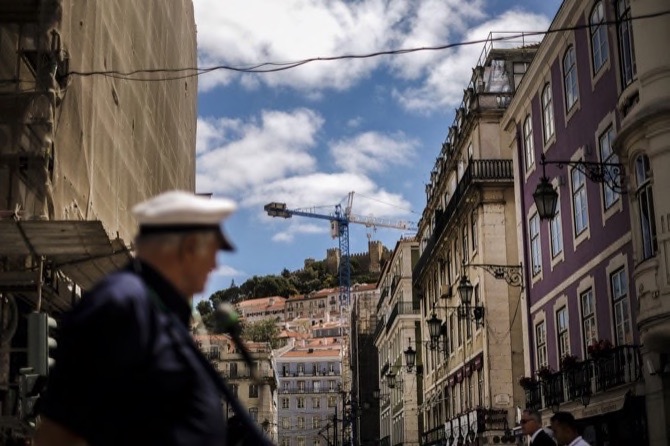 Brazilian entrepreneur Ricardo Bellino knows a good deal when he sees one. So after more than a decade living in Miami, he decided to move across the Atlantic to Portugal, where a booming real estate market and tax breaks are attracting a growing number of wealthy Brazilians.

The 53-year-old multimillionaire, who made his fortune in the modeling business, bought a home last year in an exclusive resort on a hill near Lisbon, where he is planning his next business ventures. In Portugal, Bellino will benefit from a flat income-tax rate of 20% and may be entitled to a tax-free pension when he retires.

“It was a chance to live in a tax haven that isn’t an island in the Caribbean,” said Bellino, whose grandfather was Portuguese. “We’re in Europe, in a country that has been going through a revival over the last few years.”

Portugal introduced the tax incentives a decade ago in a bid to attract wealthy foreigners to the southern European country. In 2012, a year after seeking an international bailout, the nation of 10 million began offering resident permits to non-Europeans who bought real estate worth more than 500,000 euros (USD560,000).

In Portugal, a tourism and property boom followed the immigration incentives and helped the economy post its strongest growth in almost two decades in 2017. It also led to a backlash among Portuguese who saw themselves priced out of the housing market as the new demand pushed up values.

The French, who have one of the highest tax burdens among 34 developed countries, were the biggest foreign homebuyers in Portugal in 2017, accounting for 29% of foreign property investment, according to Portugal’s Real Estate Professionals and Brokers Association. Brazilians, whose language is Portuguese, came second, with 19% of total foreign investment, followed by the British, with 11%, and Chinese buyers, with 9%.

Brazilians are catching up fast and are already the biggest foreign property investors in the capital Lisbon in the south and Porto in the north.

While immigration between Brazil and Portugal, its former colonial master, has flowed back and forth in line with economic booms and busts, wealthy Brazilians have for decades favored young, hip, international Miami, viewing Portugal as a melancholic nation, nostalgic for its glorious past. That characterization can be seen in the Portuguese love of fado, a national musical genre full of loss and sadness that contrasts sharply with the livelier African-influenced Brazilian samba.

“I first came to Portugal in the 1970s and was struck by how much poverty there was,” said Claudio Madureira, a 70-year old Brazilian pensioner who moved to Portugal last year after shutting down his construction company. “My memories of Portugal were like images on a black-and-white television screen.”

PRICED OUT OF THE MARKET

All that began to change after Portugal completed its international bailout program in 2014 and a tourism and a real estate boom transformed entire cities with boutique hotels, Michelin- starred restaurants and luxury apartments and stores that cater to foreigners. The tax incentives and the perception of Portugal as a safe place – it ranked fourth in the 2018 Global Peace Index – were the cherry on the cake for many Brazilians.

For many locals who complain they’re getting priced out of a property market that goes out of its way to lure foreigners, that’s a cause for concern. Median home prices in Lisbon rose 23.5% in 2018 to reach an average of 3,010 euros per square meter, while the net average monthly wage of Portuguese workers increased 3.7% to 888 euros, according to the National Statistics Institute.

“It’s very sad,” said Isabel Sa da Bandeira, who heads a Lisbon- based organization called People Live Here aimed at reminding authorities about the remaining residents in the capital. “Prices are out of control. Even people with jobs can’t afford to live in the city.” MDT/Bloomberg