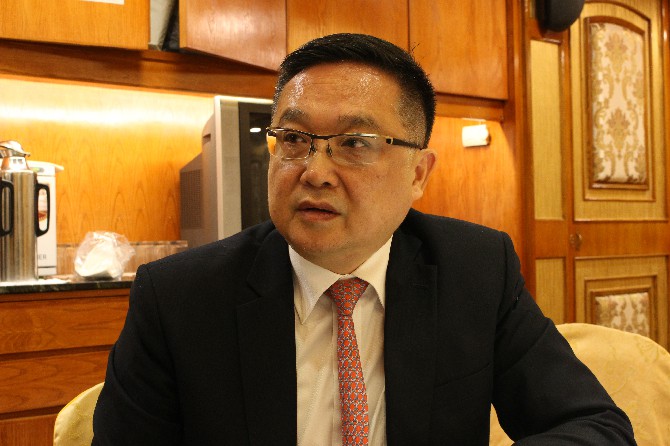 Former president of the Macau Trade and Investment Promotion Institute, Jackson Chang, will be tried again for the crimes of corruption, money laundering and abuse of power, according to TDM Radio.
This comes after the Public Prosecutions Office (MP) lodged an appeal in November against the sentence acquitting Chang of bribery charges.
Accordingly, the Court of Second Instance (TSI) has ruled that Chang would be tried again at the first instance.
In October, the Court of First Instance (TJB) sentenced Chang to two years behind bars.
He was officially charged for several crimes, including corruption, money laundering and breach of secrecy in January last year– six months after he was placed in custody.
The MP has filed charges against the former high-ranking public official, along with his wife and daughter.
However, in the October verdict, the former high-ranking official was not convicted of bribery, but was found guilty of leaking confidential information to third parties.
Chang was not indicted on four counts of receiving bribery, though he was convicted of leaking confidential information. Chang was also found guilty of inaccurately declaring his wealth.
Meanwhile, TSI fully upheld the appeal filed by Gloria Batalha Ung, acquitting the IPIM executive director of the three crimes of violation of secrecy and one of abuse of power, and cancelling the sentence of one year and nine months in jail – a sentence upheld by the first instance.
The TSI, meanwhile, rejected the appeal of IPIM’s Residency Application and Legal Affairs Division chief, Miguel Ian Iat Chun – who had been found guilty of secrecy breaches and forging documents related to a residence application.
He was sentenced to four years in jail.
Also, in this case, eight defendants were found guilty. Other convicted felons were also given sentences of various years of imprisonment in October.
Last week, IPIM announced that it will conduct revisions to permanent residency approvals of several cases, following the graft buster’s recent report that a businessman is suspected of forging documents to support applications for a Macau ID.
The IPIM pledged that it will “strictly comply with the law in the performance of its own functions and, in addition, to continuously inspect and review [applications].”