France, a tax haven? Yes, for Microsoft to China’s Huawei 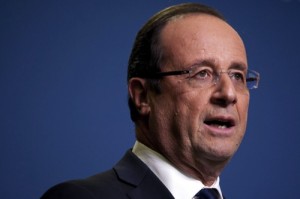 Companies from Microsoft Corp. to China’s Huawei Technologies Co. scouring Europe for fiscally attractive shores are turning to an unlikely country: France.
As a base for research and development teams, that is.
Tax breaks for R&D, 5.6 billion euros (USD7 billion) this year alone, combined with world-class scientists are making France a honey pot for technology companies. As the French parliament debates how to shrink the country’s budget deficit this month some lawmakers are demanding reining in the R&D credits, saying some companies are abusing them. President Francois Hollande has pledged it’s a budget line he won’t touch.
“The research tax breaks are decisive – they make France economically more attractive,” said Olivier Piou, who heads Gemalto, an Amsterdam-based developer of security products for bank cards, mobile phones and passports. The fiscal breaks offset a significant part of Gemalto’s R&D budget, making it more compelling to keep 30 percent of its 2,000 researchers worldwide in France, Piou said.
Ireland’s corporate tax rate of 12.5 percent, less than half France’s 33.3 percent, ensures companies from Google Inc. to Apple Inc. keep their European headquarters in the Celtic nation. Still, for R&D, global companies are increasingly beefing up their teams in France, transforming the country into a European technology hub, mirroring the U.K.’s dominance in the financial industry and Germany’s manufacturing prowess.
Hollande boasted about the “edge” the measure gives France during his nationally televised interview on Nov. 6. “Often we have our handicaps, but here we have an advantage,” he said.
The jobs being created and the technological ecosystem the tax breaks are spawning is just what Hollande needs as he struggles to rekindle growth and reverse record-high joblessness. The measure, introduced in the 1980s, was expanded by former President Nicolas Sarkozy. It is among the few of his predecessor’s policies retained by Hollande.
“The drivers of our economy aren’t the same as they were in the 1950s,” Economy Minister Emmanuel Macron said yesterday during a technology conference in Paris. “I can tell you tech is key for our future growth.”
More than 17,000 companies, ranging from biotechnology and energy to software and gaming, are cashing in on the tax advantages and subsidies for innovation this year in France, with an average break of about 323,500 euros. The R&D tax break is France’s second-biggest behind a payroll credit, a measure to spur competitiveness, according to the Budget Ministry.
The move, meant to keep the brightest minds and high-value jobs at home, is also prompting foreign companies to set-up laboratories or hire French algorithm whizzes.
Redmond, Washington-based Microsoft runs a joint unit with state-backed research institute Inria, where some 100 scientists work on fundamental research. The lab, created about eight years ago, expanded from software security to linking computers and sciences like health, and protecting growing loads of data.
Phone network-equipment maker Huawei plans to recruit 200 researchers by 2017 in the southern town of Sophia Antipolis.
Hiring by such companies is among the few bright spots in an otherwise grim picture in France with unemployment rising and an economy in its third year without tangible growth. Companies from carmaker Peugeot SA to mobile-phone service provider Bouygues Telecom are firing staff as jobs go to low-cost countries or competition forces expenditure cuts.
Against that backdrop, Prime Minister Manuel Valls in September met with Huawei founder Ren Zhengfei to go over the Chinese company’s plans to invest $1.9 billion on R&D facilities in France over the next three years.
Ren told Valls that France’s strengths in the fields of mathematics and engineering and fiscal advantages had convinced him to bolster the company’s presence in France, according to a company spokeswoman in Paris.
“The fiscal context isn’t our first motivation, but of course it’s an advantage France has over other countries,” said Isabelle Leung, a spokeswoman for Huawei in France. “In order of importance, we’re here for the competency of the candidates, the ecosystem, as well as the research tax breaks.” Marie Mawad and Helene Fouquet, Bloomberg