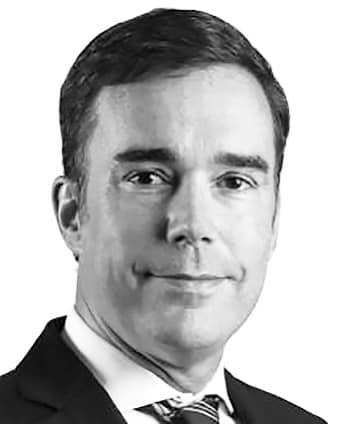 Francisco Gaivão, a 48-year-old Portuguese lawyer in Macau, passed away on the evening of May 26 from a case of acute epiglottitis.
He was initially hospitalized on May 19 due to stroke. The lawyer passed away at the Kiang Wu Hospital where he had been since last Wednesday upon the sudden onset of the condition.
The life-threatening disorder’s severity is due to the common obstruction of the airway at the larynges.
A statement from the Health Bureau (SSM) noted that the event was recorded as a potential Adverse Events Following Immunization (AEFI) to a Covid-19 mRNA vaccine, as he had been inoculated one week earlier on May 13.
After an investigation by the SSM’s special working group assessing adverse events after Covid-19 vaccinations, the group concluded that the onset of the disorder and the vaccination were coincidental and unrelated.
Even so, in the same statement, the SSM notes, “if the deceased’s agent formally requests a medical error examination, the examination procedure including an autopsy will be initiated to further clarify the cause of death.” They added that the bureau will also provide Gaivão’s family “all the necessary assistance.”
In several statements that followed the news of his death, friends and several official entities have expressed sorrow about Gaivão’s passing.
The Macau Lawyers Association noted in one of these statements that “as a professional, as well as a person, Dr. Francisco Gaivão earned both the respect and consideration of all those that had the privilege to meet him,” expressing, on behalf of his professional associates, the condolences to the family and friends.
As a lawyer, Gaivão had practiced law in Macau for about 20 years both in private practice and as a representative of one of the gaming concessionaires.
In another statement, the British Chamber of Commerce in Macao (BCCM), an association of which the lawyer was a member, also expressed sadness at learning of the passing of Gaivão.
In a public statement, BCCM said about Gaivão, “he was an expert in his legal field and a very respected member of the Macau community. He will be sorely missed by all. Our thoughts are now with all of his family and friends, in Macau and abroad.”
Another friend, Ambassador Vitor Sereno (former Consul-general of Portugal in Macau) also expressed, through social media, his grief for a man he dubbed “A Coimbra’s friend and one of the first to welcome me with arms wide open when I first arrived in Macau in 2013.”
Gaivão is survived by his three sons.