G2E Asia | IR brainchild was for both profitability and ‘political cover,’ says panelist 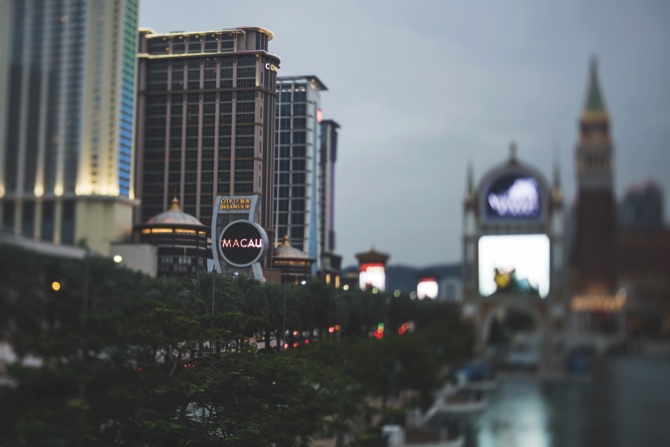 The creation of the integrated resort (IR) concept, which debuted in Las Vegas and later spread to Macau, was intended to both diversify operator offerings as a means of increasing profitability as well as provide “political cover” for what are essentially casino-hotels, said a panelist during a session yesterday at the Global Gaming Expo Asia (G2E Asia).

The remarks were made by Bob Boughner, senior partner at Global Market Advisors, during a session hosted at The Venetian Macao, titled “Future Focus: The Next Generation of IRs”.

Questioning the definition of what constitutes an integrated resort, Boughner contrasted two popular motivations for the model, which has been widely adopted on the Cotai Strip.

A motivation already exists for casino operators to diversify the offerings as a means of generating more revenue and becoming more profitable.

In Las Vegas, Boughner said that the proportion of non-gaming revenue out of total revenue generated by integrated resorts has risen steadily, but marginally, in the past few years. In 2014, non-gaming revenue contributed about 63.4 percent, which subsequently rose to 65.3 percent in 2015 and 65.9 percent last year.

“Over time, the growth in non-gaming revenues has brought benefits to the market, [as seen by] a shift in the spending [patterns of consumers] and the ability [of operators] to charge more in Las Vegas,” said Boughner.

Particularly, “food and beverage continues to be a very forceful business in Las Vegas, and now in Macau.”

Still, there is nothing to suggest that a casino-hotel could not diversify its offerings without changing the name of the type of resort. Therefore, critics tend to highlight “political cover” as the reason behind the ‘integrated resort’, as casinos worldwide carry certain, sometimes unpopular, connotations, especially with local lawmakers. 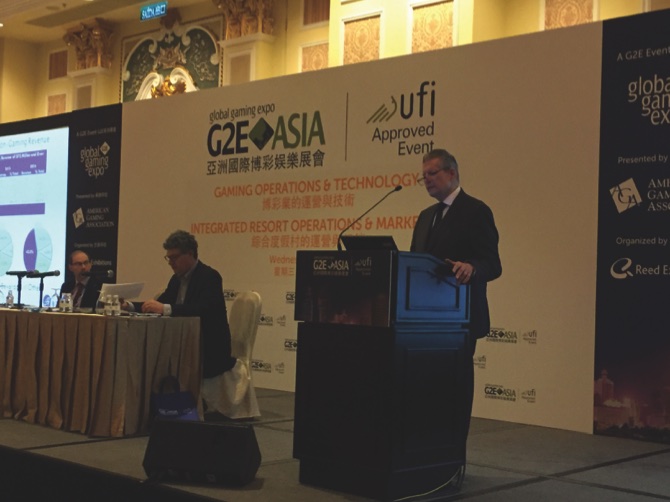 “Is it a profit model or just political cover?” asked Boughner during yesterday’s session. “I would say it’s both.”

“They [casino operators] really did need another way to describe their casino business,” he added. “I believe the word [integrated resort] worked its way in for political reasons, but then the success of these places has meant that they really are integrated resorts. The integrated resort model has worked really well.”

Boughner was joined in yesterday’s session by co-panelist, Lewis Stanton. In a presentation that examined how immersive experiences attract visitors to integrated resorts and theme parks, Stanton highlighted a concept that he described as the “spectrum of engagement”.

CEO of Mars World Enterprises, a company working to create a theme park based on a futuristic Martian city, Stanton said that on one side of the spectrum is the visitor as a spectator, while on the other he or she is a participant.

Stanton said that the ‘visitor-
spectator’ would be found in themed resorts such as The Venetian, while more immersive creations on the horizon will transform their guests into ‘visitor-participants’.

Explaining the difference, Stanton highlighted the example of the host integrated resort, The Venetian.

“[The Venetian’s] theme is very well done and there is a lot to admire about it […] I’m sure everyone has seen the ‘Faux Venice’,” he said yesterday. “If you’ve never been to Venice, I guarantee that you will not stand [by the Grand Canal Shoppes] and say that you do not need to go to Venice now; this is what Venice is like.”

“So it’s themed,” he said, “but it’s not immersive […] or transformative so that you could believe you are there.”

Stanton believes that more immersive experiences may help to attract millennial visitors (born between 1980 and 1999) to integrated resorts by providing them with alternatives to traditional forms of betting on large casino floors.

The challenge will become increasingly important, he predicted, as the proportion of millennials grows in the future.

“I think they [millennials] are less interested in traditional forms of gambling […] and less interested in going into a casino where you are not supposed to talk and have to put your mobile phone away,” said Stanton. “These things aren’t attractive to them, but that doesn’t mean they aren’t interested in gambling… we just have to change what that means to them.”

The director of the Gaming Inspection and Coordination Bureau (DICJ), Paulo Martins Chan, said yesterday on the sidelines of the Global Gaming Expo Asia that the city’s gaming authority is deepening its audit responsibilities over the local junket industry. Junket operators, whether they are individuals or a firm, provide credit to high-roller gamblers in the city, primarily with the purpose of circumventing currency controls in mainland China. If loosely regulated, junkets may present an opportunity for money laundering. Chan said yesterday that of the 120 or so licensed junkets in Macau, 40 of them have been audited. “We have done [audited] 40 junkets, some are good, some need some improvement,” he said. “We have told them to improve their accounting system.” The head of the DICJ also said that the 53 percent contribution made by junkets to Macau’s total gaming revenue was an acceptable level.