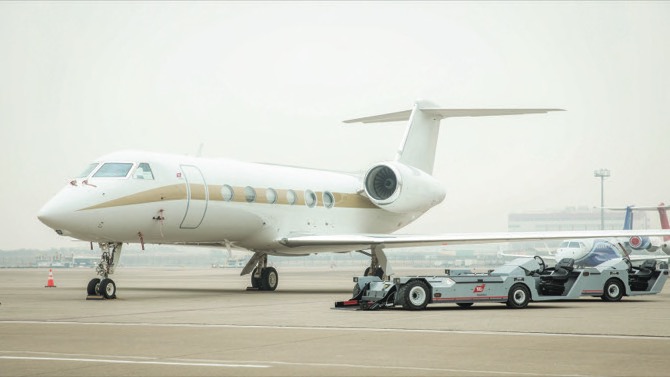 After starting to build its network in the Asia-Pacific region with its aircraft management services, U.K.-based Gama Aviation is eyeing the possibilities brought about by the creation of the Greater Bay Area (GBA), the company’s Asia branch managing director, Sergio Oliveira e Silva, told aviation media company AIN Publications.

“The Chinese government is doing very good things that in the mid- to long-term will be very good for China,” Oliveira e Silva said referring to the GBA initiative, as well as growth opportunities for companies based in Hong Kong, where the Asia branch of Gama Aviation is headquartered.

For Oliveira e Silva, the initiative brings space that is in short supply at Hong Kong International Airport.

“Three years ago, there were no parking slots; and then there was parking, but no landing slots! It’s easier for us now, but it’s still not like a normal airport operations. There are still lots of restrictions,” he said about the airport in Hong Kong.

In the interview, the Gama Aviation Asia director also noted the difficulties in the operations with other local airports, such as Macau, although its role in the GBA remains promising, he said.

“Macau as one of the core engines for regional development, aims to develop a world-class airport cluster [including] the expansion of Macau International Airport (MIA) […] to strengthen the function of MIA and Zhuhai Airport and pursue differential development and positive interaction of airports in the Greater Bay Area.”
Nevertheless, Oliveira e Silva mentioned, “developments [in Macau] will take five or 10 years… Macau is very [bureaucratic].”

The silver lining is that the GBA plan provides at least some answers to the long-awaited question over which airport, between Macau and Zhuhai, would be destined to take the leading role in private jets operations.

In January, TAG Aviation, a private aviation services firm, opened a fixed base operation in Macau, becoming the second provider to do so in the business aviation sector.

Airline executives told the Times that they had been attracted to the Macau International Airport because of its proximity to Hong Kong, space available for business aviation jets and friendly government policies for the sector.

“Now we know it is Macau [that will take the leading role],” said Oliveira e Silva. “It’s a nice airport with lots of opportunities [in the longer term],” he noted, mentioning its expansion plans.
“There are two bridges to the runway and the plan is to fill the gap to create a large apron for 20 parking slots – this won’t be for some time, but it is the first step in Macau’s expansion.”
Again, noting the slowness of Macau processes, he recalled: “Such proposal comes already from 1994 Master Plan for the airport, but still hasn’t happened. At present, aircraft are still not permitted to park for more than three days [in] Macau due to parking limitations.”