Gaming | Analysis: Macau recovery not on the cards this year says one analyst 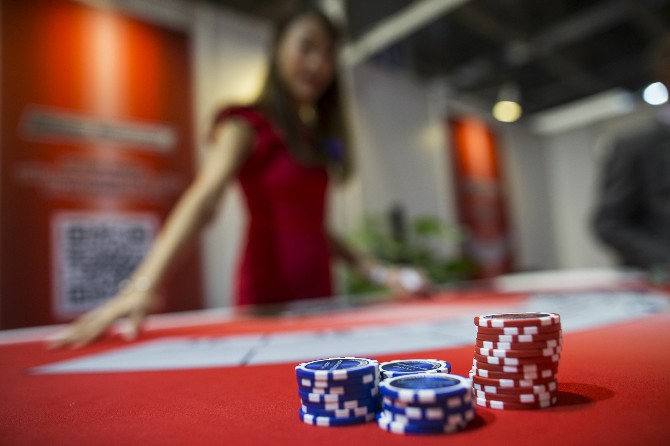 Macau should not expect a recovery in gross gaming revenue until at least next year, according to one gaming analyst.
Ben Lee, managing partner of IGamiX Management & Consulting, says that the fundamentals of the world economy have changed, with most major economies now going into lockdown. Lee predicts that pent-up demand for casino visits will not kick off in earnest until next year.
“This pandemic is totally unprecedented and so it is difficult to predict how and when we might recover to 2019 levels,” said Lee. “Demand for Chinese goods have already been and will continue to be severely impacted by this worldwide calamity and it will be a long time, probably next year, before we can see better economic conditions leading to improved macros [macroeconomic conditions] for gaming in the region.”
Earlier, the Times cited several gaming analysts whose recovery predictions had converged on the third or fourth quarter of this year. The prevailing view was that Chinese restrictions on entry permits to the Macau Special Administrative Region would be lifted within the first half of the year and pent- up demand for gambling would lead to a much healthier second half.
Gross gaming revenue recorded its steepest year-on-year revenue decline last month in the history of the Macau SAR. February revenue plummeted 87.8% to just 3.1 billion patacas on the back of a collapse in visitor arrivals caused by the Covid-19 coronavirus and an unprecedented decision to mandatorily suspend all casino activity for a period of 15 days.
As reported by the Times last month, gaming analysts expect Beijing to lift the suspension of the Individual Visit Scheme in either April or May. There is some disagreement over whether the Scheme will be resumed in a phased approach or all at once.
Visitation to the SAR may also be influenced by the health of the mainland economy and whether Macau and its neighboring cities are able to sustain a low incidence of confirmed Covid-19 cases.
Stricter border crossing rules that took effect this week are also unfavorable for a tourism-led recovery, even while they exempt Macau’s top visitor source market, mainland China. Mainland visitors typically account for about two-thirds of monthly arrivals.
Earlier this week, the brokerage arm of Jefferies Group lowered its forecast for Macau’s 2020 revenue. Analysts at the firm now predict gross gaming will contract by as much as 45% in year-on-year terms, revised downward from an earlier prediction of a 16% slump for the whole year.
“We maintain our conservative stance with the sector currently loss-making as we believe recovery is predicated on visa/travel restrictions easing,” said Jefferies analyst Andrew Lee.
Jefferies sees Macau rebounding next year with more than 30% growth off what will be a soft comparable year.