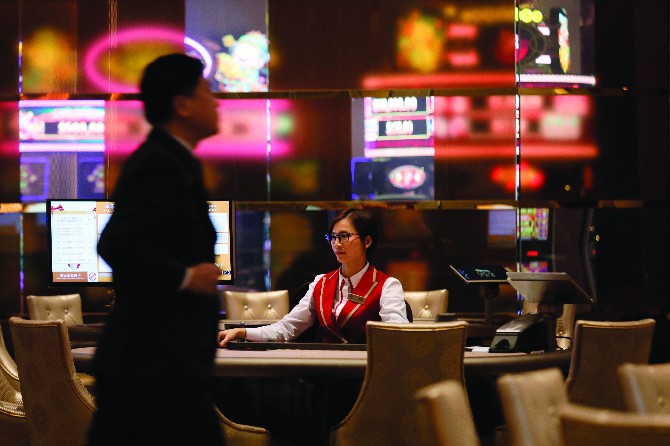 The average daily rate of Macau gross gaming revenue from May 18 to May 24 fell into the negative, according to estimates from brokerage Sanford C. Bernstein.
The average daily rate stood at approximately minus 25 million patacas, implying that gross gaming revenue for the seven-day period had tumbled 103% year-on-year.
Bernstein said that the decrease was driven by a very small base of players during this pandemic outbreak which drove volatility, particularly in the VIP segment.
“VIP hold rate for last week was in the negative range, but we estimate month-to-date VIP hold rate was around the normal range,” said analysts Vitaly Umansky, Eunice Lee and Kelsey Zhu, as cited by gaming news website GGR Asia.
Since it is still uncertain when travel restrictions will be lifted, the brokerage revised its former GGR estimate for May from a 95% year-on-year decline to a 97% decline.
The central government is still not issuing Individual Visit Scheme visas and tour group visas, restricting mainland visitors from entering the SAR region. Last month, the city suffered from the biggest year-on-year drop to date of 96.8%.
“Our contacts we have spoken with do not see any definitive clarity on travel restrictions improvement, but we expect GGR to pick up again when travel restrictions begin to be lifted,” said the analysts.
However, the analysts expect that border restrictions between Macau and Hong Kong, as well as Macau and Guangdong, could be lifted in late May or early June.
This comes after the deliberations of the annual National People’s Congress session, which will conclude tomorrow.
“The three jurisdictions remain in discussion about reducing travel restrictions, and quarantine requirements are likely to be significantly reduced for certain travellers in the near term,” the brokerage said.
Meanwhile, the group said that checks with sources suggested Macau’s GGR for May 1 to 24 was approximately 700 million patacas.
Previously, the brokerage said that the most critical variables in the business outlook for Macau will be when travel restrictions from China will be lifted and how quickly the Chinese economy will recover. LV