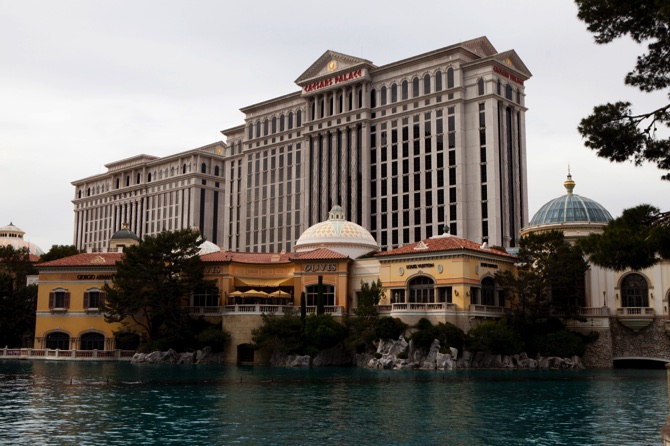 The long and often ugly battle over the fate of Caesars Entertainment Corp. may finally be nearing an end. After more than two years of contentious legal disputes, Apollo Global Management LLC and TPG Capital – the private-equity firms that controlled the casino giant – and its biggest creditors struck a deal to reorganize the company, and enable its operating unit to emerge from bankruptcy with less debt.
The settlement is a win for creditors led by David Tepper’s Appaloosa Management, which held more than USD880 million in second-lien bonds at the heart of the fight. For Apollo and TPG, which will give up most of their stakes, it’s a humbling outcome after several unsuccessful attempts in recent years to salvage their investment. But the firms, which acquired Caesars in a $30 billion leveraged buyout in 2008, did find a way to share their pain.
To fund the agreement announced Tuesday, Apollo and TPG will see their more-than 60 percent ownership shrink to about 16 percent once Caesars combines with its sister company Caesars Acquisition Co.
“It looks like they put a lot of money on the table,” Bruce Grohsgal, a bankruptcy professor at Widener University’s Delaware Law School, said in an interview. “It probably changes the dynamic” of the bankruptcy case, he said.
In return Apollo, TPG and their top executives will be insulated from bondholder-backed lawsuits stemming from the reorganization seeking to hold them responsible for the bankruptcy of Caesars Entertainment Operating Co.
The accord, which requires a judge’s approval, would end those court fights and reorganize the non-bankrupt pieces of Caesars and the insolvent operating unit. If Caesars nails down support from a majority of each class of creditors, from senior bank lenders to unsecured bondholders, it would be more difficult for any remaining dissidents to fight the reorganization plan, Grohsgal said.
The deal must be incorporated into the operating company’s reorganization plan, which is scheduled to go before U.S. Bankruptcy Judge A. Benjamin Goldgar in Chicago in January. With his approval, the Las Vegas-
based casino giant would emerge with lower debt and new owners.
Second-lien bondholders, owed about $5.5 billion and led by Appaloosa, will see a recovery rate of about 66 cents on the dollar, or about 27 cents more than under a previous plan, according to a Caesars statement. Other investors in this group included Centerbridge Partners, Oaktree Capital Management LP, and Tennenbaum Capital Partners. All four money managers profited on their holdings, according to people with knowledge of the matter.
Spokesmen for Appaloosa and Oaktree declined to comment. Representatives for Centerbridge and Tennenbaum didn’t immediately respond to requests seeking comment. Steven Church and Jodi Xu Klein, Bloomberg