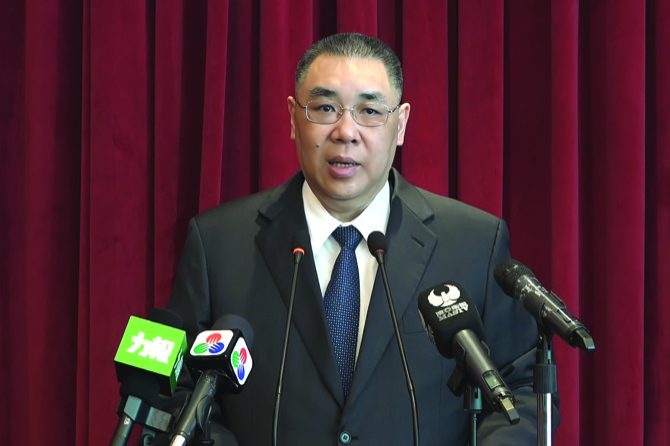 Chief Executive Chui Sai On has backed last week’s stance from the Secretary for Economy and Finance, who asserted that the Macau SAR would not lift the ban on non-locals taking up work as croupiers in the city’s casinos.

Speaking prior to his Saturday departure to Beijing for a four-day duty visit, Chui said that the policy would not be changed before his term expires next year.

“When I took the role as the Chief Executive, we made a promise that we would not be importing non-
residents to work as croupiers during the term of this government,” said Chui, as cited by public broadcaster TDM. “That promise is going to be maintained.”

Last Wednesday, Secretary for Economy and Finance Lionel Leong shot down a proposal from the Council for Economic Development to lift the ban. The Council had suggested allowing a fixed proportion of the croupier profession to be sourced from outside the city’s resident workforce.

In reference to the Council’s suggestion, Chui said that it was normal for representatives from different sectors of society to voice their respective opinions during such meetings. He added that the local government appreciated their opinions and would take the time to carefully analyze them when it came to policymaking.

While in the capital, Chui is due to report to state leaders on the work of the Macau government and the policy blueprint for next year. He will reaffirm that the local government’s main goal for the upcoming year will be to promote social and economic progress while ensuring stability in Macau.

Secretary for Administration and Justice Sonia Chan has been designated as Acting Chief Executive until Chui’s return tomorrow.