Gaming | China is using the Philippines as its own online casino 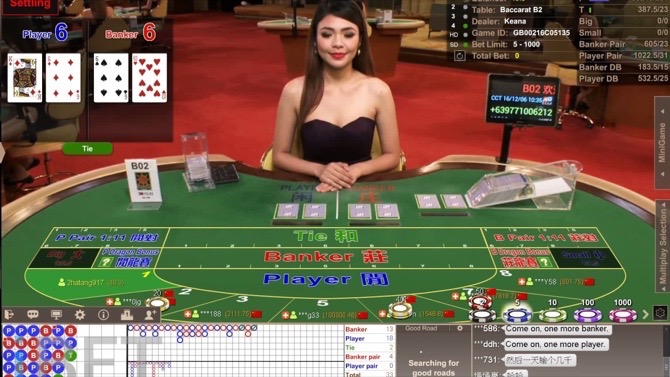 This still made from video shows a live stream baccarat game

Chinese companies are circumventing domestic laws that prohibit online gambling by directing their Chinese clientele to their operations based in neighboring countries and regions. The Philippines is reportedly among the most popular places for such operations.

As reported by the Los Angeles Times, Chinese online tycoons have established companies in the Philippines and hired Chinese staff to operate gaming facilities to service players on the mainland. By operating in such a fashion, these companies seek to escape the reach of Chinese authorities.
In its report, the Los Angeles Times notes that among the most popular games accessed via these platforms is “Tencent Every-Minute-Lottery,” which generates winning numbers based on the total number of users logged into a Chinese messaging app.

The report noted that the Philippines has been transformed into a large base for online gambling companies – and it continues to grow bigger.

Most of the sites targeting gamblers in China feature live streams from Manila of baccarat tables replete with croupiers.

Demand from the Chinese market is expected to drive gambling revenue in the Philippines to USD4.1 billion (MOP33 billion) this year, up from about $1 billion in 2016, Philippine government sources say.

But these large sums are still dwarfed by Macau. Last year, gaming revenue in the SAR exceeded MOP300 billion, nine times more than that of the Philippines.

The business is lucrative for the Philippine government. Government sources say that the annual licensing fees for such operations are as much as $140 million (MOP1.1 billion). Last year, there was a revenue increase of more than 11 times the amount generated in 2016, which now makes it the third-largest source of government revenue after taxes and customs duties.

It is estimated that at least 100,000 people from mainland China have moved to Manila to work as gambling company marketing agents, tech support specialists, and engineers catering to the Mandarin- speaking clientele.

The President of the Philippines, Rodrigo Duterte, who once railed against the industry as a vector for crime, recently called for its expansion.

“That gambling-gambling,” Duterte told supporters at a recent rally. “I cannot control it.”

Seemingly contributing to this boom is the announced “realignment with China.” According to the Philippine tourism department, the annual number of Chinese tourists is expected to double within the next two years.

The Los Angeles Times also said that during the course of the investigation, it found that in the Philippine VIP rooms, the biggest bets were being placed remotely via Chinese-speaking staff using tablets and headsets to communicate with gamblers who were watching the live action from a different location.
This “proxy betting,” as the practice is commonly called, is outlawed in all but only a handful of countries because little is known about the remote gamblers. It was banned in Macau by the Gaming Inspection and Coordination Bureau in 2016.

That it is welcome in the Philippines underscores the lengths the country will go to court Chinese money.

According to media outlets in the Philippines, several crackdowns have recently taken place, leading to the arrest of dozens of Chinese staff members from these companies. Reportedly not all of the operating companies and platforms are legal or operating under the licensing of the local gaming regulator.

However, it is also understood that both the Philippines and China have been have been lax in the enforcement of their laws in order to allow the industry to thrive.