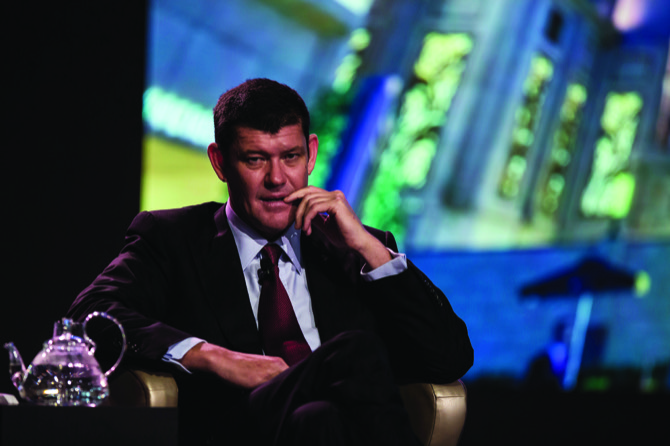 An almost 20 percent plunge in the value of Crown Resorts shares has wiped more than USD824 million from the wealth of casino mogul James Packer since mid-August, as reported in the Australian Financial Review.

Packer, who owns a 46 percent stake in Australian casino group Crown Resorts, saw the value of his shares fall to $3.7 billion. The price rout reflects investor fears that high-rolling Chinese gamblers are being increasingly deterred from playing casino tables, amid a slowing Chinese economy and the looming specter of an all-out U.S. trade war.

Crown Resorts owns casinos in Melbourne and Perth and was formerly a partner of Melco Resorts & Entertainment, operating several integrated resorts in Macau.

The company is not the only one hit by the gaming stock sell- off. Local rival Star Entertainment has come down 21 percent since September 9 and Macau operators such as Wynn Macau have also seen their share price plummet in the last quarter.

In the last Macau gaming downturn of 2014, operators abroad benefited from Chinese high-rollers looking to jurisdictions other than Macau. The 2014 recession was caused by Chinese President Xi Jinping’s anti-corruption campaign, which scared high-rollers away from Macau and made far-off gaming locations more compelling options.

However, this latest round of weakening gaming sentiment is rooted in long-term economic trends, meaning Australia’s casino operators are feeling the brunt as much as their Macau competitors.

Gaming analysts are cautious on Crown Resorts’ stock and on the VIP segment in general.

Recent financial reports from the Australian operator missed analyst expectations, with VIP turnover falling below half of some estimates. Crown currently generates almost a quarter of its revenue from the VIP segment.

VIP turnover across Australia and New Zealand for the 2018 fiscal year amounted to $124 billion, a slight drop from the $126 billion recorded in 2016.