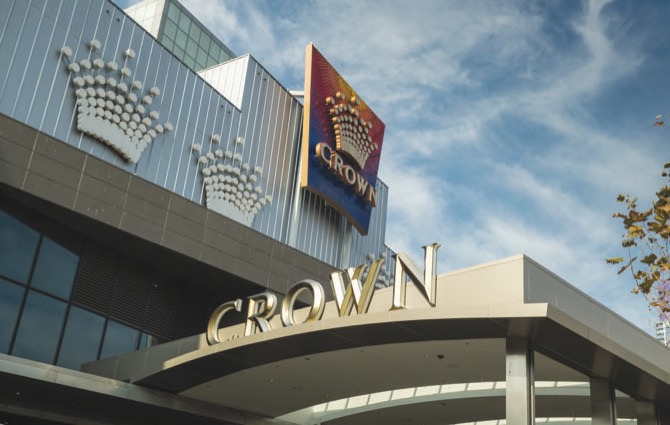 While discussions with Wynn have broken down – for now, at least – Crown’s engagement with the U.S. suitor signaled a willingness to talk sale terms with an interested party. Crown shares haven’t given up all of yesterday’s gains, suggesting investors are still betting on a possible takeover.

The stock tumbled 8.5 percent to AUD12.86 at 12:05 p.m. in Sydney yesterday. Crown had surged 20 percent on Tuesday after saying it was discussing a potential sale to the Las Vegas-based casino giant, which valued Crown at AUD14.75 a share.

Crown, controlled by Australian billionaire James Packer, had confirmed the talks on Tuesday in a filing to the stock exchange after the Australian Financial Review reported the possible deal. Hours later, Wynn said in a statement that it ended the talks “following the premature disclosure of preliminary discussions.”

Despite the current acrimony, Wynn may yet return to negotiate a deal given its strategic need to expand in Asia beyond its Macau property. Now that Crown has made clear that it’s on the market – a rare opportunity for an industry that faces high barriers of entry with regulatory licenses – it may see interest from other operators.

Meantime, Crown is left to finish the construction of a AUD2.2 billion Sydney casino while the commitment of its major shareholder Packer, who owns almost half the company, is in doubt. The billionaire quit the board of Crown in March 2018 due to mental health issues and stepped down as a director of his private investment company three months later.

Wynn’s interest in Melbourne-based Crown reflected its desire to reach into another offshore market beyond Macau.

Unlike its competitors that already have footholds elsewhere in Asia – from Las Vegas Sands Corp.’s Singapore resort to Melco Resorts & Entertainment Ltd.’s City of Dreams in Manila – Wynn is currently confined to the Chinese territory, where expansion is approaching its limit. And they’re all fiercely competing for an operating license in Japan, the region’s next gambling goldmine.

Yet Wynn would have been buying a company whose ambitions are in decline. Crown largely retreated from overseas markets after a crackdown in China in late 2016 that resulted in 19 current and former Crown staff being convicted of illegally promoting gambling on the mainland, receiving jail terms of as long as 10 months. shore up its presence among Asian bettors. Crown is now almost solely focused on its domestic market, where big-spending VIP gamblers have become more elusive. Angus Whitley, Bloomberg