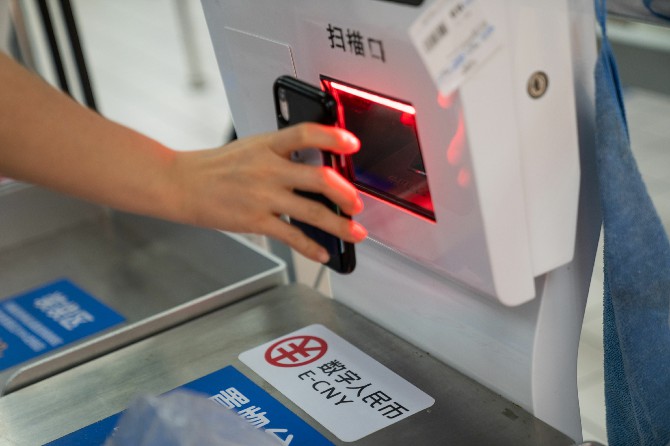 The brokerage Sanford C. Bernstein believes that the digital yuan, if actualized in casino chip transactions, may be a boon for Macau’s mass and premium-mass market in the long term, given that it offers more convenience for cross-border money transfers, according to a report published on January 22.
The analysts from Bernstein commented that the digital yuan, also known as the digital RMB, can serve two different objectives for Macau’s casino industry.
One of the key roles of the digital RMB on gaming tables would be to “allow greater [Chinese] government scrutiny and control over money flows,” Sanford C. Bernstein’s analysts stated.
However, it could also act as an incentive for China’s bettors who are engaged in the mass and premium-mass play, as “it would also allow easier money transfer, [and] eliminate the need to use intermediaries (like junkets, underground banks or pawnshops). […] Mass and premium-mass play could surely benefit due to ease of money flow,” the analysts said.
Having said that, the brokerage added that “there could be a negative impact on casinos” if a daily limit is imposed on each foreign exchange transaction via digital RMB.
In Macau, most bets in casinos have been denominated in Hong Kong dollars.
This requires gamblers from China to first arrange currency exchanges to HKD using means such as ATMs with foreign exchange services or licensed currency exchange outlets.
Bernstein’s projection came after the Gaming Inspection and Coordination Bureau (DICJ) refuted the claims in a Bloomberg report from December 2020 that the DICJ had been in discussions with the city’s gaming operators regarding the possible introduction of the digital yuan.
Digital yuan is the central bank digital currency (CBDC) initiative — intended as a replacement for physical cash — that has been pursued by the central government since 2014, yet the details were only revealed in 2019.
By far, China has rolled out a string of digital yuan pilot schemes in some cities. One prominent scheme was launched in the southern city of Shenzhen in October 2020, when the central bank, People’s Bank of China, gave 50,000 consumers selected in a lottery RMB200 each to spend in selected stores.
“Eventually digital transactions will be the norm and cash as we know it will be a historical relic. But this will be an evolutionary development that will likely take many years,” the brokerage stated.