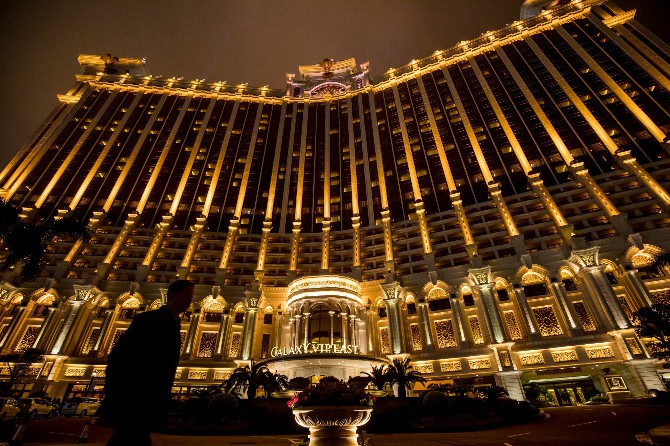 Galaxy Entertainment Group (GEG) recorded an adjusted EBITDA of HKD859 million in the first quarter, more than triple year-on-year, as the SAR has seen a gradual increase in visitor arrivals translating into increased revenue.
However, the recent earnings is down 15% quarter-on-quarter.
According to the gaming operator, its gradual pandemic recovery is continuously supported by its cost control.
In a statement signed by GEG chairman Lui Che-woo, the executive noted that although the Adjusted EBITDA in Q1 was less than Adjusted EBITDA in Q4 2020, “We are pleased with the outcome given that Q4 2020 included a one-off HKD100 million COVID-19 insurance claim.”
In Q1, the group recorded a net revenue of HKD5.1 billion, up 1% year-on-year and flat quarter-on-quarter. The latest twelve months Adjusted EBITDA of HKD(444) million was down 104% year-on-year and up 57% quarter-on-quarter.
Galaxy Macau is the primary contributor to group revenue and earnings. In Q1, Galaxy Macau’s net revenue was HKD3.4 billion, down 3% year-on-year and up 3% quarter-on-quarter. The adjusted EBITDA was HKD764 million, up 132% year-on-year and up 4% quarter-on-quarter.
“Our balance sheet continues to remain healthy with HKD42.4 billion in cash and liquid investments, as at the end of Q1 and HKD33.6 billion of net cash. Total debt was HKD8.8 billion,” GEG chairman stated.
“Going forward in the medium to longer term, we remain confident in the future of Macau. We have seen signs of early recovery post- the reinstatement of the Individual Visit Scheme (IVS) in late September 2020, and it may take a few more quarters for business volumes to ramp up. However, we do acknowledge the ongoing difficulties associated with Covid-19 and potential future flare ups of Covid-19 could have a material adverse impact on our financial performance,” he added.
Currently, GEG is recording progress on its Cotai Phases 3 and 4 with a “strong focus on non-gaming.” However, it acknowledged that timelines may be impacted.
The Phase 4 represents an investment of over MOP13 billion and is expected to take about three years to complete.
Phase 3 was originally expected to conclude last year – however, due to the Covid-19 outbreak, the project was postponed to mid-2021, with the opening expected to occur in the second half of 2021.
Further, the gaming operator also restated that it targets to open an exclusive all-suite tower, Raffles at Galaxy Macau, in the later part of 2021 or early 2022.