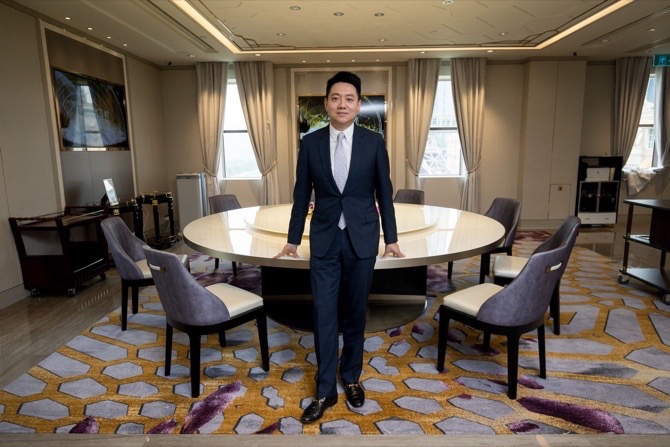 Macau’s biggest junket operator will open its own resort in Vietnam by year’s end, seeking growth elsewhere in Asia as an exodus of big-spending VIPs from the world’s gaming epicenter shows no sign of abating.

Suncity Group, a middleman lender for Chinese high rollers, is moving into casino operations with a USD4 billion Vietnam project and is eyeing the Philippines, Cambodia and Japan for its next investment. Suncity says more than 30% of the group’s revenue now comes from markets outside Macau, compared with 10% five years ago.

The overseas push comes as Suncity expects that its betting volume will drop by 10% to 15% in Macau in the second half of the year, as tensions from the U.S.-China trade war and stricter industry regulations damp VIP sentiment.

“Our betting volume in Macau fell 20% in the last few months, but the group’s total volume fell by only single digits,” said Andrew Lo, executive director of the group’s listed vehicle, Suncity Group Holdings Ltd., in an interview Tuesday. “Where is the business going? To the overseas markets.”

Suncity’s urgency to diversify beyond Macau is the latest indication that a major shift is taking place in the gaming hub and challenging its prospects for growth. A sluggish Chinese economy and stricter regulations, including a smoking ban in casinos, have been keeping high-end customers away from the baccarat tables. The emergence of regional gaming spots across Asia are offering an attractive alternative to Chinese high rollers, who increasingly feel more comfortable further away from Beijing.

Overall casino revenue at the world’s largest gaming hub slumped 8.3% in April, the most in almost three years, with the VIP segment sinking 23% from a year earlier.

“The threat is real,” wrote Union Gaming analysts Grant Govertsen and John DeCree in a note Monday. “Clearly there is a growing realization that Macau VIP play is bleeding to regional markets, with Cambodia and Vietnam being the primary beneficiaries.”

While it’s typical for high rollers to try out regional resorts and eventually return to Macau, the analysts said “this time is different.” The regional properties have improved in quality, and infrastructural expansion has made them easier to reach, they wrote, noting that junket operators are sending a steady stream of Macau players to these locations.

While Suncity’s Lo said that Macau’s scale and variety of gaming options cannot be replaced by any other location, he was pessimistic on the territory’s near-term outlook. The company controls about half of the city’s market for junkets, which are operations that lend money, collect debts and market casino trips to high-end gamblers.

“Macau stocks have risen by a lot in the first half of the year because the market is expecting a rebound in gaming revenue in the second half,” he said. “But so far, I still haven’t seen any positive signs.”

A Bloomberg Intelligence gauge of Macau casino stocks has dropped 18% this month, after climbing almost 30% this year through April.

The company’s integrated resort is located in Hoi An, near the emerging tourist destination of Danang in central Vietnam. The company plans a soft opening at the end of this year with 140 gaming tables and 300 slot machines. About 70% of the initial revenue is expected to come from VIP gamblers, but Suncity is confident Vietnam’s economy is strong enough to bring in more mass gamblers.

So far, Suncity and its partners have invested more than $1 billion in the Vietnam project, which is expected to take 13 years to complete. Lo said future expansion will follow China’s “Belt and Road” route, as the key for VIP business is to follow where Chinese money and human capital go. Daniela Wei & Jinshan Hong, Bloomberg