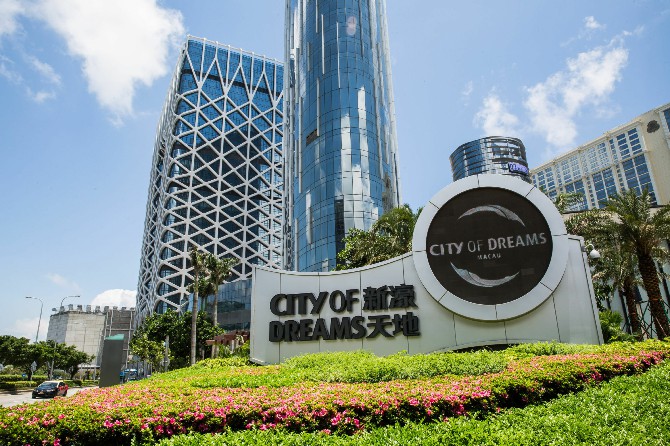 Melco Resorts & Entertainment Limited registered a narrowed net loss in the first quarter (Q1) of 2021, improving from a net loss of USD364 million in Q1 2020 to USD232.9 million in Q1 this year, according to the financial report released on April 28.
Despite economic fallout and travel restrictions during the Covid-19 pandemic, “our integrated resorts experienced a moderate recovery in business levels during the first quarter,” Lawrence Ho, the group’s chairman and chief executive officer, stated in the report.
Meanwhile, the group generated a positive adjusted property earnings before interest, taxation, depreciation, amortization (EBITDA) of USD30.1 million in Q1, down 60% from USD75.3 million in the first quarter of 2020.
In addition, the operating revenues for Q1 2021 totaled USD0.52 billion, down 36% year-over-year. The yearly slump was predominantly ascribed to “a year-over-year decline in inbound tourism in the first quarter of 2021.”
According to a report by GGRAsia, Sanford C. Bernstein Ltd released a statement on the same day, commenting that the group’s recovering business from Q1 2020 to April was bolstered by “premium mass and premium direct.”
The conglomerate operated several entities in Macau, including City of Dreams, Studio City, Altira Macau and Mocha Clubs.
Its iconic property City of Dreams posted USD40 million in adjusted EBITDA in Q1, down from USD61.0 million in the same period last year. The decline was associated with “softer performance in the rolling chip segment,” which was yet partially offset by lower operating costs due to lower business volumes and cost containment efforts.
For Studio City, the adjusted EBITDA narrowed from negative USD9.4 million in Q1 2020 to negative USD5.2 million last quarter, due to lower operating costs.
Altira Macau reported a negative adjusted EBITDA of USD29.6 million in Q1 2021, compared to a negative adjusted EBITDA of USD9.1 million in Q1 2020. The decline was caused by “softer performance in the rolling chip and mass market table games segments.”
Despite being hamstrung by Covid-19, Ho stated that the construction on the expansion of Studio City is still ongoing. Upon completion, it will offer 900 additional luxury hotel rooms and suites, massive indoor andoutdoor water parks, a cineplex, fine-dining restaurants and an exhibition space.
Meanwhile, the expanded water park at Studio City Phase 1 is slated to open on May 22, he confirmed.
The group is running gaming businesses not only in Macau, but also in Manila, the Philippines and the Republic of Cyprus.

During the earnings call made on April 28, Lawrence Ho stated that a travel bubble between Hong Kong and Macau “would be great,” but suggested for the Macau government to strike a perfect balance without jeopardizing the prized quarantine-free status shared between China and Macau.
Visitors from Hong Kong had contributed around 20% to 25% of the group’s business in Macau, during pre-pandemic – a figure similar to Southern China.
However, he warned that China has all along been “the most important market for Macau.”
“China has a zero-tolerance policy with regards to Covid-19 cases. So I think Macau would have to balance the Hong Kong travel corridor with not jeopardizing what they have with China right now,” Ho added.
In Ho’s opinion, Hong Kong has already kept Covid-19 in check.