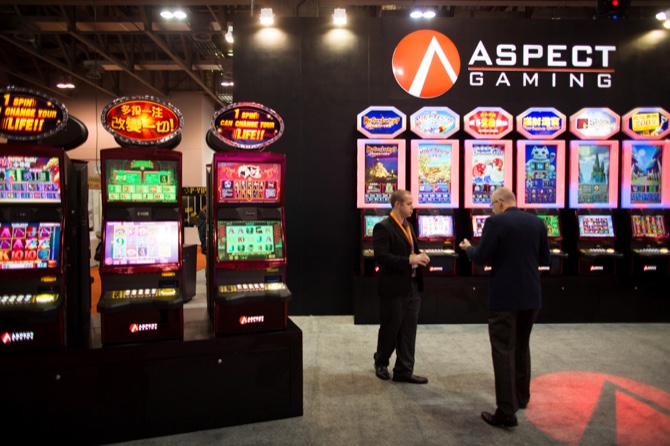 A previous edition of the MGS

The sixth annual MGS Entertainment Show will run from today until Friday at the Venetian Macao Cotai Expo Hall A and B. This year’s show features two new co-organizers: Nam Kwong Culture and Creativity Industry and China National Machinery Industry International. These new partnerships are part of a rebranding effort to make the show more diversified and recreational. Thus, the official Chinese name of the show will also change, from Macau Entertainment Exhibition to Macau Leisure Technology Exhibition. This change emphasizes that the exhibition is intended to showcase more than just the gaming aspect of the entertainment in Macau.

Nam Kwong’s associate general manager, Xiaodong Song, underlines this idea by saying that although the gaming industry is considered one of the biggest boosters of Macau’s Gross Domestic Product (GDP), the company wishes to promote other forms of entertainment.

This year’s show will present the cultural, entertainment, technological and leisure industries, as well as having numerous international exhibitors, and so promoting the exchange of ideas and the possible creation of business opportunities.

During the three days of the MGS Summit, various topics will be addressed, including, how Macau can use technology in a way that facilitates movement, work and travel, to develop an international center of leisure tourism?  With the first day focusing on the gaming industry, the second day’s conferences are divided into two topics. In the morning, the concept of integrated resorts in Macau will be discussed, and in the afternoon, conferences will focus on the development opportunity of small and medium enterprises in Japan. The last day of the summit will end with a panel discussion on the comparison between Western and Asian e-gaming markets.