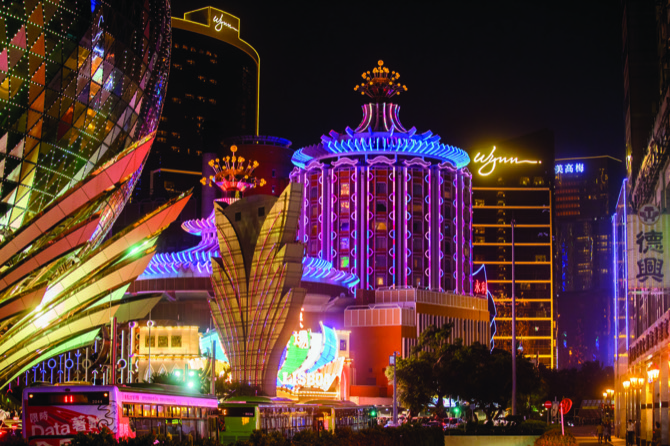 SJM Holdings yesterday released its unaudited financial statement for the third quarter of 2018, showing that net profit attributable to the owners of the company increased by 65 percent over the previous year to exceed HKD700 million.

During the quarter ending September 30, 2018, net gaming revenue of the group amounted to HKD8.32 billion, representing an increase of 9.5 percent over the same period last year. For the first nine months of the year, net gaming revenue was up 9.6 percent year-on-year, reaching HKD25.17 billion.

Meanwhile, the adjusted EBITDA (earnings before interest, tax, depreciation and amortization) of the group increased by 26.7 percent year-on-year to HKD919 million in the third quarter. For the first nine months of the year, the adjusted EBITDA increased 28.9 percent, compared with the equivalent period in the previous year, to HKD2.87 billion.

For the nine months ended  September 30, the Grand Lisboa’s gross gaming revenue was HKD12.12 billion, an increase of 9.3 percent from the first nine months of 2017, whilst its adjusted EBITDA stood at HKD1.58 billion, a year-on-year increase of 25.6 percent

According to yesterday’s statement, the company has “maintained a strong and liquid financial position,” with HKD20.20 billion of cash, bank balances and pledged bank deposits and HKD15.43 billion of debt at the end of the third quarter.

SJM also said that construction on the company’s latest property, the Grand Lisboa Palace in Cotai, is proceeding apace and that it is expected to open in 2019.