Gaming | Wynn is losing $2.5 million a day on casino shutdown 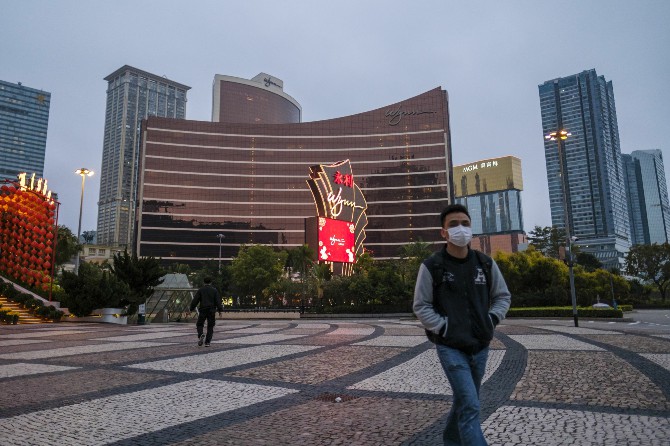 Wynn Resorts Ltd. is losing about $2.5 million a day in Macau after the Chinese government ordered casinos there closed to deter the spread of the deadly coronavirus.
The company employs about 12,200 people in the region. Although the casinos were ordered closed for a 15-day period that started Feb. 5, Wynn Chief Executive Officer Matt Maddox said last week that it was too early to predict when they would reopen.
“The team on the ground is working with the government on a daily basis and watching very carefully if there will be any continued outbreaks of the virus,” Maddox said on a call with investors. “So far, we feel like things are fairly well contained. And we’re just watching it very carefully.”
Maddox said his primary focus is the safety of employees and customers. The company halted operations at its casinos in Macau, but still has limited service in its hotels and restaurants for remaining guests.
President Craig Billings said insurance wouldn’t cover the company’s losses. “Business interruption insurance is related to a physical event that caused the business interruption,” he said. “So a storm or some type of damage. That obviously isn’t the case here.”
Macau has become the breadbasket of the U.S. casino industry and the world’s largest gambling hub. Wynn gets as much as three-fourths of its revenue from the Chinese enclave, while Las Vegas Sands Corp., the industry leader, generates more than 60%. But business there had already begun to soften last year amid the trade war with the U.S. and civil unrest in Hong Kong.
Last week, Las Vegas-based Wynn reported fourth-quarter results that fell short of analysts’ estimates – because of the slowdown in Macau and its home market of Nevada.
Revenue declined 2% to $1.65 billion, missing the $1.71 billion average of analysts’ estimates. The company also reported a loss of 62 cents a share, excluding some items. Analysts were forecasting a 90-cent profit.
The Encore Boston Harbor in Massachusetts, the company’s newest resort, posted a profit of $15.3 million. Maddox said that while the property had opened “softer than we thought,” a new customer loyalty program and the addition of lower-priced restaurants to serve daytime slot machine players were leading to improved results.
Wynn stock is down 3.4% this year, weighed down by concerns about the coronavirus. Christopher Palmeri, Bloomberg