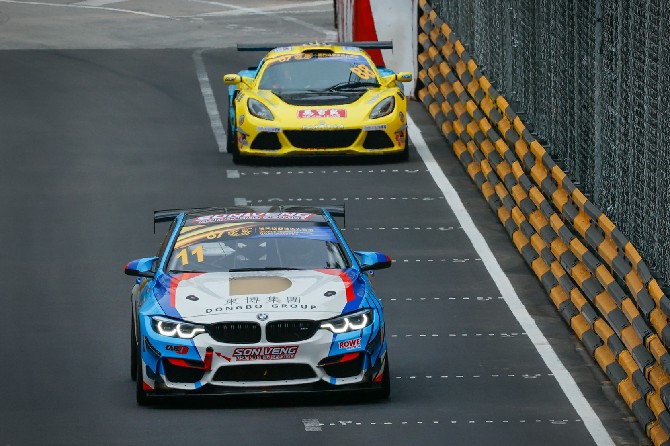 Created in 2019 in line with the central government’s new initiative to integrate areas within China’s southeastern cities and regions, including nine Mainland cities and the two special regions of Macau and Hong Kong collectively known as the Greater Bay Area (GBA), the GBA GT Cup has quickly developed into an attractive competition. The Cup successfully took advantage of this policy until the Covid-19 pandemic came, and brought the competition to a standstill.
The race, a GT trophy for cars under GT4 specifications, reduced in scale last year. A further dip is expected this year with most of the drivers struggling to find enough support to participate in the event, and without any single races completed over the course of the full year prior.
Still, it will likely be one of the more eclectic competitions in terms of the number of car manufacturers involved (seven), this year featuring Ginetta, BMW, Lotus, McLaren, Audi, Mercedes-Benz, and Porsche.
This is also one of the events featuring a more diverse background drivers, with participants from Macau, Hong Kong, different provinces from the Mainland, and Taiwan.
Unfortunately, this year’s field includes only 20 drivers, almost a-third less than in its first edition and one fewer than last year’s edition. This outcome, according to several racers interviewed by the Times, is not so bad. They admitted to some significant difficulties in participating and, in some cases, only made their decision to enter in the last few days before the deadline for submission.
Of those that did manage to join, the focus will go to some of last year’s highly ranked drivers, including Taiwan’s Chang Chien Shang, who finished second in 2020 in the unusual-looking KTM X-Bow.
This year, Chang is returning, running different machinery — he has traded in the KTM for a BMW M4 from Harmony Racing.
Finishing in the fourth position last year, local experienced driver Lui Man Kit will take a fresh attempt in the same car as in 2020. The Ginetta G55 showed great potential, and Lui has an added chance of reaching the podium as his teammate from last year, Lei Kit Meng, will be joining the F4 race.
Lui will be also teaming with Dicky Cheung, who will be driving a similar car and using his experience from last year to do better than an eighth place finish.
There are two more contenders working hard to gain a podium position, both at the wheel of two BMW M4.
Hong Kong’s Evan Mak from Toro Racing Team and local driver Nicholas Lai from Son Veng Racing Team will hit the track hard for the first lap of the Guia circuit — crucial to starting on the first lines of the grid and to taking on any opportunities that arise.
Last year’s winner David Pun and his Mercedes-AMG showed incredible dominance, doing a pole-to-flag race. However, Pun will not be taking part in this race, as he has moved up into the Macau GT Cup race. This is expected to boost opportunities and competition for the final win in this category.
If there is a race this year where the final result could truly come out of nowhere, this is the one.