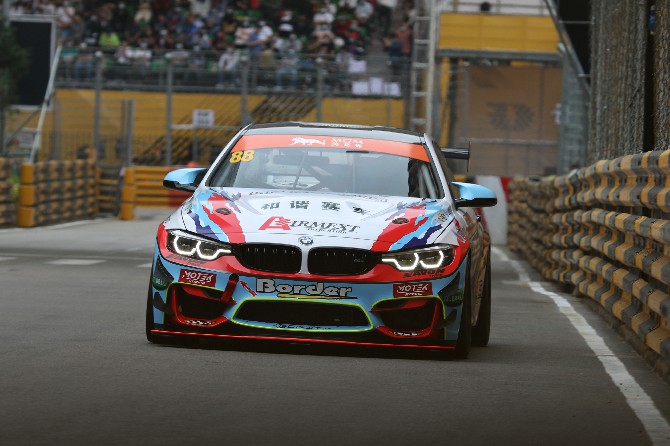 Taiwan’s Chang Chen Shang took the win in this year’s Greater Bay Area GT Cup. Demonstrating complete control over the race outcome, Chang took his BMW M4 GT4 to the top spot after a consistent performance from day 1. He was consistently the fastest man on the track and managed to keep the competition at bay.
Most of the action in this event was in the fight for second place, with heated battles between Chris Chia, Pluto Mok, Evan Mak, Nicholas Lai and others.
It was an interesting race to follow, with unpredictable results until the very end, capturing the attention of the spectators filling the stands and those watching at home.
In the press conference following the podium ceremony, Chang said that his race went exactly as expected and he’d just had to manage his pace to protect the tires until the race’s end.

Unpredictable until the very end
The drama of the final results continued even after the race ended and the podium ceremony was held. Just like in 2020, Chris Chia, finishing second in an AMG Mercedes GT4, was disqualified post-race. This pushed Pluto Mok up one place to second and provided an unexpected podium finish to Evan Mak in the BMW M4 GT4.
This outcome also benefited Lai, who scored fourth overall after the decision, making him the best local driver in this category and matching the result he obtained in Race 1 on Saturday.
Lai showed significant improvement from last year, with a steady hand and an increasingly capable performance that proved he’s one to watch carrying the Macau flag for this category.