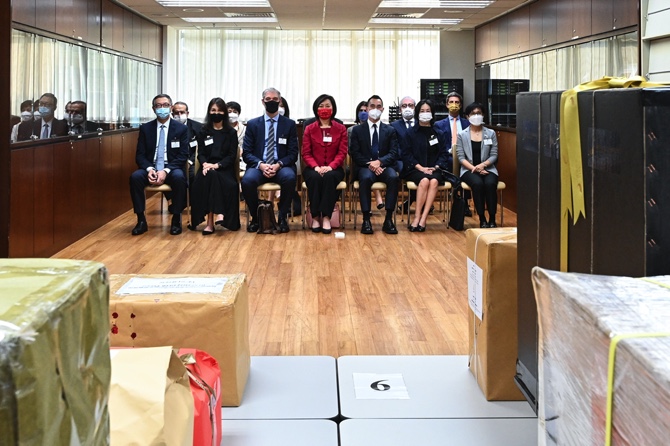 Representatives of the companies submitting a bid in attendance, last week

Genting’s bid in the gaming tender may be a way to partner itself to an incumbent gaming operator in financial turmoil, according to a note issued by brokerage Sanford C. Bernstein.

The city’s new bidder in the gaming concession public tender, which will award a 10-year license for casinos to operate, is GMM Limited, which is linked to Genting Malaysia. Although all seven companies have been accepted into the tender, GMM was accepted with conditions as authorities opened the bids on Friday.

‘We do not expect Genting to win an outright concession and displace an incumbent,” the brokerage stated in a note.

“However, we see Genting as positioning itself to be a prospective rescuer in the event that a concession holder experiences financial difficulties and may require a partner (such as SJM), or a potential buyer of a willing seller in the future,” analysts at the brokerage added.

During the bid proposal last week, one of the representatives (surnamed Chen) of GMM expressed a belief that Genting has a certain degree of confidence in this bid for a Macau gaming concession, mentioning that the company assisted in the construction of ski resorts for the Beijing Winter Olympics and Paralympics held earlier this year.

Echoing similar sentiments, Bernstein noted, “There are other ties in China that could prove valuable to Genting’s pursuit of eventual entry into Macau.”

Casino operators have been bleeding cash every day and have been in turmoil due to the pandemic that has been lingering for two and a half years, amid the city’s adherence to Beijing’s zero-Covid policy.

Casinos were also part of the non-essential firms that were required to close during July for 12 days, which led to the lowest gross gaming revenues in decades during that month.

Gaming operator SJM Holdings Ltd experienced one of the highest losses during the first semester of this year, which amounted to HKD2.75 billion, a figure that is 88% higher compared to the same period in 2021.

The brokerage has warned that continued delays in the refinancing of SJM’s bank debts are raising concerns, recalling that management has indicated a standby loan facility of up to HKD5 billion from Sociedade de Turismo e Diversões de Macau, S.A. (STDM).

Throughout this year, analysts expressed concern about cash burn rates in the city’s gaming sector and are particularly wary about the ability of gaming companies to survive under harsh operating conditions.